Irei-no Hi is day to remember war dead of Okinawa 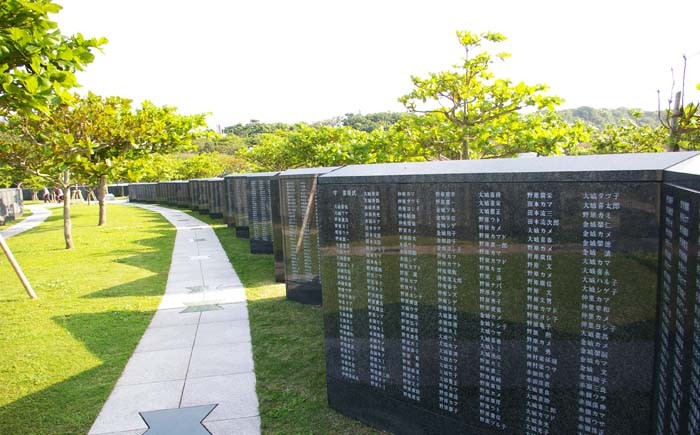 Cornerstone of Peace monument in Mabuni has names of all known war dead from the Battle of Okinawa carved on it regardless of nationality. new names are added as they become known.

The Government of the Ryukyu Islands, which at that time was still under U.S. military occupation, declared the day a “holiday for the Okinawan people to remember and pray for their family members and relatives who were killed during the Battle of Okinawa in 1945. The day disappeared from the calendar when Okinawa was returned to Japan in 1972, but it was restored in 1991 by the Okinawa Prefectural Government, and is observed as a national holiday in the prefecture to this day. 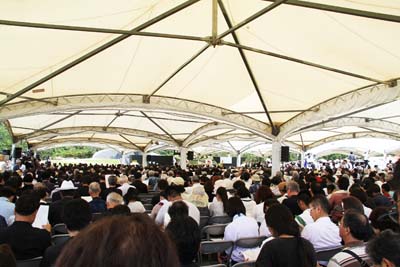 The most remarkable events of the day concentrate in the Peace Memorial Park in Mabuni, Itoman, where thousands of people, including dignitaries and politicians from Tokyo, gather to a ceremony to pay their respects to all people who perished during the battle. The ceremony is held at the Cornerstone of Peace monument, a set of stone slabs, on which the names of all of those who died, soldiers and civilians alike regardless of their nationality, are inscribed. Every year more names are added to the monument as their remains are still being discovered in the old battle fields and caves and identified. So far, there are nearly 250,000 names on the monument.

The site of the Peace Memorial Park is at the southernmost tip of the island, where the last battles were fought, thousands were killed or committed suicide, and finally, the Japanese commanding generals committed a ritual suicide and the battle ended.

Among the dignitaries attending the ceremony are Okinawa Governor and members of the Prefectural Government, Japanese government ministers from Tokyo including the Prime Minister, and foreign diplomats, including the U.S. Ambassador. The U.S. military commanders are also in attendance.

The presence of important politicians and national media naturally attracts demonstrators and hecklers to the audience.

Another ceremony that has been recently added to the Irei-no Hi in Mabuni is called ‘Pillars of Light’ when vintage WWII-era search lights are lit towards the sky on the evenings of both Jun. 22 and 23. There’s also a live music event in the park, and a ceremony with people floating paper lanterns with peace messages on them on a pond in front of the Cornerstone of Peace monument.