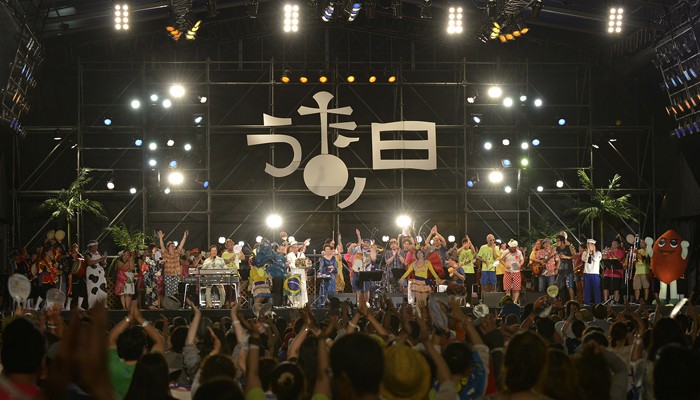 During the dark days of the 2nd World War on Okinawa, one rule imposed by the Japanese Imperial Army on local people riled them especially. It was prohibited to sing other than patriotic songs, and there was a total ban on dancing.

The memory of this led to an idea of dedicating a special day named “Uta-no Hi” or “Songs Day” to the memory of Okinawan people who, nevertheless, continued to sing their traditional songs in their homes in order to overcome the difficulties of everyday life during the hard days of war.

June 23 is called ‘Irei-no Hi’ in Okinawa and is the day, on which the war ended. “The Songs Day” is held on the first weekend following Irei-no Hi in order to inform people of today that their forefathers and mothers in Okinawa kept on singing in small voices, and dancing in shelters, even it was forbidden.

A concert dedicated to the Songs Day has been a regular feature of the day since 2001, and its venue has been Kadena Seaside Park in Kaneku, Kadena Town, since 2013. 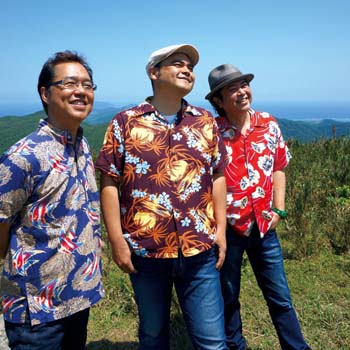 BEGIN, a popular band from Ishigaki, is the driving force behind the annual Songs Day concert.

This year the concert takes place on Saturday, Jun. 25, starting at 15:30. The event will go through rain or shine, except if the rain is exceptionally heavy or a typhoon hits the island, in which case it will be cancelled.

As in previous years, a nationally famous band from Ishigaki Island, BEGIN, is headlining the concert. Members of BEGIN have taken the Song Day concert to their hearts, and have been actively involved in the concert from the start. The 3-man band released their first songs in 1990, and they recently celebrated their 25th anniversary.

Guest performers include Risa Ono, Kariyushi 58, Miyagi Sisters, hula and music troupe Lala Ka Pua, Murmurshow among others. Kariyushi 58 plays songs that are a mix of reggae and rock that appeal to people of all ages. Miyagi Sisters is a sibling duo who performs a fusion of Brazilian samba and traditional Ryukyu dance. Lala Ka Pua play traditional Hawaiian music with piano and ukulele. In the group’s name“La”means sun and “Ka Pua” a flower petal in Hawaiian language. Risa Ono was born and grew up in Brazil. She is known throughout Japan for her matchless range of bossa nova songs. Murmurshow sings folk music.

Tickets, including tax, cost ¥3,000 for adults, and ¥1,000 for junior high and high school students. Elementary school students and preschool age children are free. Tickets are available at Family Mart e-plus.