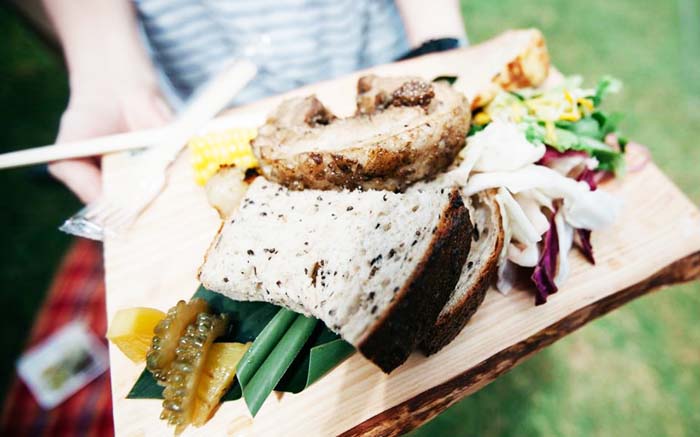 Many small cafes and restaurants bring new food creations to the event to gauge the reception of the public to new and different tastes in search of that big hit.

The first Okinawa Food Flea took place two years ago in July at Chatan’s Fisherina, and the event has since been organized in new incarnations every two or three months. 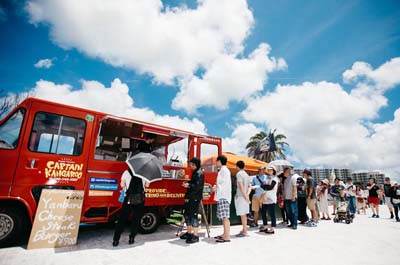 Captain Kangaroo hamburgers are considered the best on the island.

While the idea has stayed the same, a venue for small local cafés and artisan shops to showcase their wares and bring some new ideas to test with the public, the event has grown steadily to the extent that it now claims to be the largest of its kind on Okinawa. At the same time, the venue has drifted southward, first to the Ginowan Marina area, and now the second anniversary event has found a home at Tomarin Wharf in Naha, where the eighth Food Flea is scheduled for Aug. 20.

The other different with the 8th Food Flea is that instead of being a daytime event, the August market is open from 15:00 to 21:00. 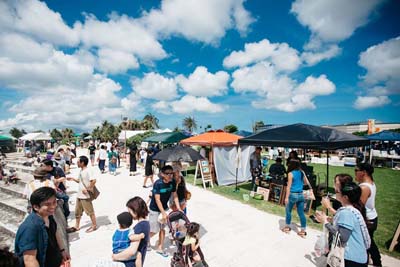 The Food Flea venue has moved south from Mihama as the time goes by.

Over 30 food vendors have confirmed their participation in the popular event. Tastes in the food stalls run the gamut from pizza and curry to Thai and Vietnamese cuisine. Three first-time vendors to participate are Chicken House that sells various reasonably priced chicken dishes, Ball Donut Park that makes small but very tasty doughnuts that they normally sell in their two shops in Sunabe and Naha, and Shonan Pops that makes colorful, cool candies that everyone with a sweet tooth truly appreciates. 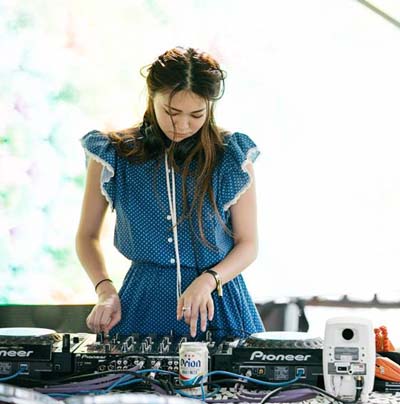 Man does not live on food alone, so music is a big part of the Food Flea experience.

Plenty of beer and other alcoholic drinks are also on the menus because the event is on Saturday night, and most people are off on Sunday. More information is available on the Food Flea facebook page.

Admission to the event is free but parking is scarce as everywhere in the Naha area, so public transportation is strongly recommended, and so is using daiko service for those who come with their own cars and intend to partake in enjoying a cool one or two.