Nothing is more Okinawan than Eisa 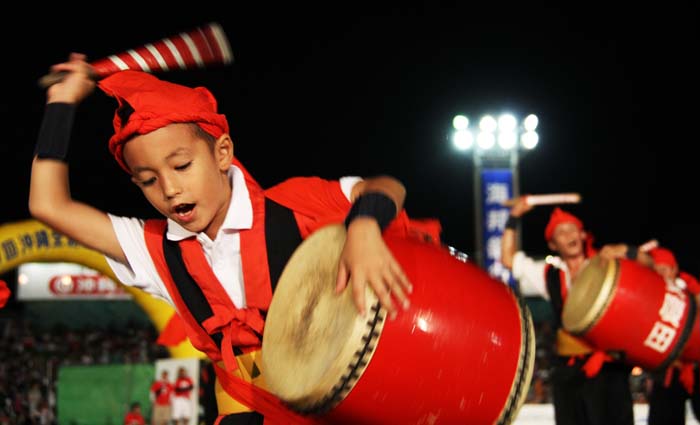 Eisa performers usually give it their all, and a 15-minute show can be quite physically demanding.

If the sounds of sanshin are the music of Okinawa’s soul, Eisa is the soul itself. Although based on religious bon-dances that were performed to entertain the spirits of the departed, Eisa has evolved into popular folk entertainment that is performed in almost every festival and celebration throughout the year. Most of the resort hotels on Okinawa employ semi-professional Eisa groups to entertain their guests. 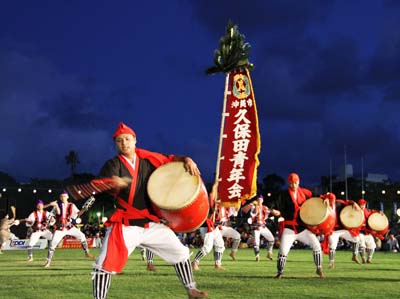 On Saturday, 13 Eisa groups representing various districts perform their eisa, which all have their own unique style.

The largest annual Eisa event, the All Okinawa Eisa Festival or Zento Eisa Matsuri, takes place after Obon every year. The festival started in 1956 in what was then called Koza City, and has been held every year since then.

This year the three-day festival events are held from Aug. 26 through 28 on Gate 2 Street and at Okinawa City Athletic Park.

The event starts on Friday with ‘Michijune’ parade, in which a number of Eisa groups parade from Route 330 to Kadena Gate 2 starting 18:30. The parade ends at 21:00. Gate 2 Street is closed to motor vehicle traffic during the event. 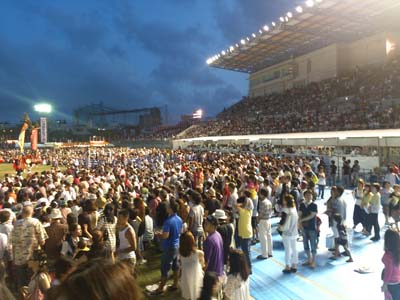 The All Okinawa Eisa Festival attracts thousands of people to Okinawa Athletic Park to watch on both days.

The official opening ceremony is on Saturday at 15:00 at Okinawa City Ahletic Park. 13 youth groups from Okinawa City, Ginowan and Yomitan will showcase their prowess in Eisa on the sports park outdoor field from 15:15 to 20:35.

Children’s Eisa performance starts the festival on Sunday at 15:00 followed by 15 selected high-level Eisa groups from various parts of the island. Each group will show Eisa as it’s performed in each district. As a part of their performance, some groups have integrated new moves and music to their traditional Eisa.

The performances on the athletic field end on both days with a kachashi dance and fireworks and laser show at 20:45. 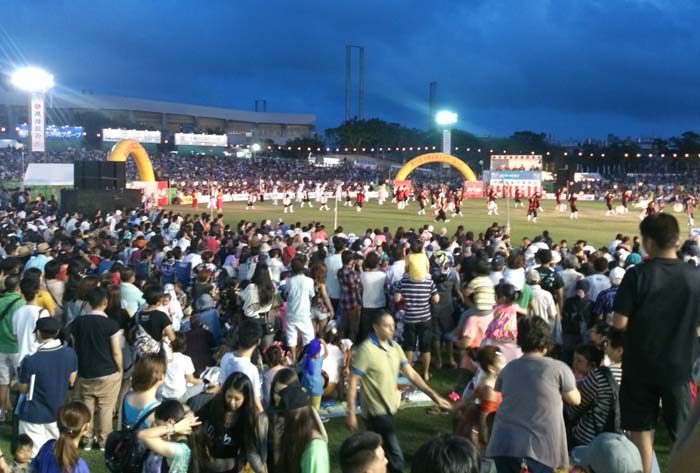 Warching the eisa performances from grass area is free while seats on the grandstand cost between ¥1,000 and ¥2,500.