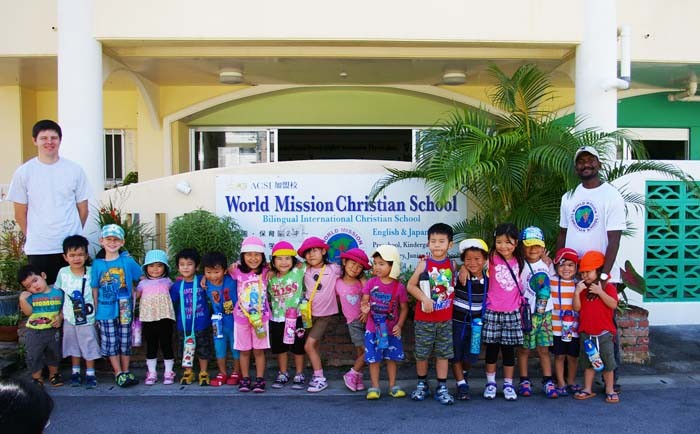 WMCS has classes from elementary through high school, and also its own pre-school.

In the age of globalization and diminishing national borders, many parents are considering enrolling their children in international schools in order to give them an advantage for their future.

Schools attached to various Christian churches were the first international schools to appear in Okinawa, and the World Mission Christian School (WMCS) was the very first. It is located at 568 Minami-Uebaru, Nakagusuku-son, near the University of the Ryukyus. 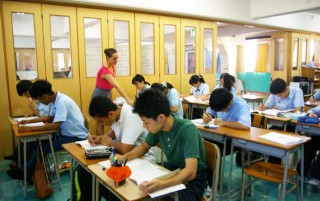 The school offers a bilingual Japanese-English curriculum with emphasis on Christian values and Bible study. Classes are in Japanese and English for elementary school through high school. The school is a member of the Association of Christian School International (ACSI), which consists of a network of 55,000 schools including universities, in 100 countries throughout the world. After graduation, many students proceed to get a degree in one of the universities associated with ACSI.

WMCS includes a preschool and kindergarten that accepts children from one to five years old. It is called “Aijien” and is also bilingual.

A daily bible study is included in the classes schedule, and there is a worship service once a week.

In math classes students use Japanese textbooks and for Japanese studies teachers teach grammar, reading, writing, and speaking Japanese, so that students may become fluent in both spoken and written Japanese, including reading and writing kanji characters.

High school students at WMCS use Japanese textbooks for social studies that include Japanese history and civic studies.

WMCS started in 1997 with classes held in a church. A separate building for the school was completed in 2011.

WMCS Principal Kuniko Kina says, “Our vision is Academic Excellence, Character Development, and International Education. We would love to educate our children to become ambassadors of Christ.”

WMCS welcomes parents to come and see the school and take a tour. Those who are interested can call or email to arrange a visit. Our telephone number is 098-895-6670 and email school@owmcs.com