Summer vacation is the most anticipated and cherished time in a North American students’ life. I fondly remember my childhood summers as the time when many of my best life memories were formed. My first kiss, lake swimming, cliff jumping, fishing, and endless days spent exploring the woods and neighborhood with not a care in the world. The thought of studying or going to school during this precious time would have been considered a prison sentence. 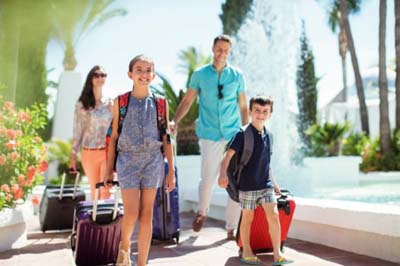 For American students the summer vacation is about new experiences and freedom from organized schedules and schoolwork.

Desperate parents often used the threat of summer school to encourage naughty children who didn’t study during the school year, or who were having trouble grasping the years’ math concepts.

Traditionally, a North American students’ summer vacation has been a time when they are free from any structured regime. If the parents can afford it, they might schedule in a summer camp outdoor adventure to provide their children with a chance to get up close and personal with nature but usually, this only lasts for a week or two. Otherwise, children are left to entertain themselves with whatever they decide to do alone, with siblings or with their friends.

Fondly, I remember pedaling my bike to the swimming pool, playing Street Fighter 2 at the arcade, eating potato chips and indulging in an ice cold Slurpee at a 7/11 convenient store for an entire two-month summer, when I was 12 years old. Looking back upon that summers’ lifestyle choices, I admit that I probably could have been more productive with my time but as I get older and life becomes increasingly busier, I continue to reminisce longingly for those lackadaisical days as a shiftless 12 year old. Now as an adult, I work tirelessly all year to be able to have two weeks off to return to that unhurried lifestyle. 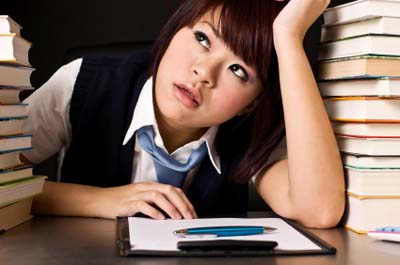 Japanese students continue grinding their noses to the books summer vacation or not.

For a Japanese student, their one month ‘summer vacation’ is peppered with structured activities like swimming lessons, review classes and loads of homework. For parents who work full-time and have children, this must be a relief. Instead of having to entertain bored mopey children, their busy and productive offspring have schedules jam-packed with activities to engage them during their ‘time off.’

Admittedly, once I reached the ripe old-age of 12, I actually started to become anxious to get back to school after two consecutive months of playing ‘Street Fighter,’ biking and swimming. I was ready to meet my new classmates and return to the schedule that never failed to keep me occupied.

I like to believe that my summer vacations were some of the best times of my life but if I take a step back and compare them to the Japanese summer vacations, I feel like I could have spent some of that time learning more relevant life skills than what video games and swimming holes had to offer. It is more than likely that I would have performed better academically, which in turn, might have provided me with the skills to make better life choices later on. Nonetheless, there remains something pleasingly nostalgic about being able to reminisce of the lingering hours spent sitting on a curb, guzzling a Slurpee on a hot and sticky summer day, wistfully conjuring up the days’ next great adventure.