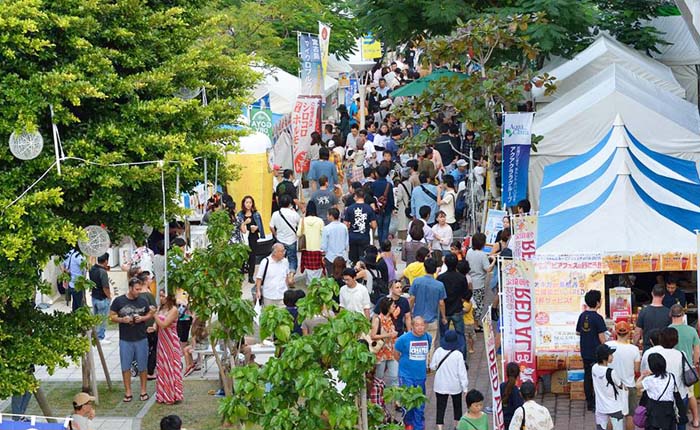 Okinawa is a very popular tourist destination, and as a consequence, there are fairs, festivals and other public events somewhere on the island almost every weekend throughout the year. Among the events, those featuring food and drinks are increasingly popular among visitors and local residents alike. 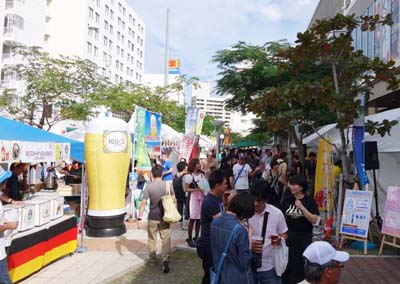 Some 30 food stalls sell snack-type foods to go with the suds.

On the weekend of Nov. 12 and 13, people will head for Saion Square in Asato, Naha City, where brewers of craft beers from Okinawa and elsewhere gather to the 2-day Haisai Beer Festival 2016. The annual event has been organized since 2013, and last year more than 4,000 people came to sample few cold ones and tasty snack-style foods from about 30 stalls that serve yakitori, sausages and other prepared to match the beers.

In addition to suds and snacks, the Ryukyu Dragon Pro-Wrestling group will perform a show.

The festival runs from noon to 19:00 on both Saturday and Sunday. Saion Square, the event venue, is located at the northern end of Kokusai Street, just off the monorail Makishi Station. Information on the event is available on their website. The information is in Japanese, English, Korean and Chinese. Admission to the event is free.

Organizers remind those who come to the festival to drink responsibly, and use daiko or taxi service on their return home if they drink alcohol at the event.