This is the peak season of “tankan” mandarins

As a special offer for the season, there a 10% discount for the first 10 purchasers each day through Feb. 19th who buy a 5kg (\2,500) or 10kg box (\5,000) of tankan at Motobu Kariyushi Market, Denku-no Eki Haso Park, or Izuaji Mikan No Sato Information Center.

According to Motobu Town, the total production this year is expected to be around 300 tons, which is the same as usual.

A ceremony at the Motobu Kariyushi Market was held Wednesday to mark the season where Motobu Mayor Fumio Takara said; “This is the high season for “tankan” through the end of this month, and I would like to take every measure to spread the fame of Motobu Tankan.” 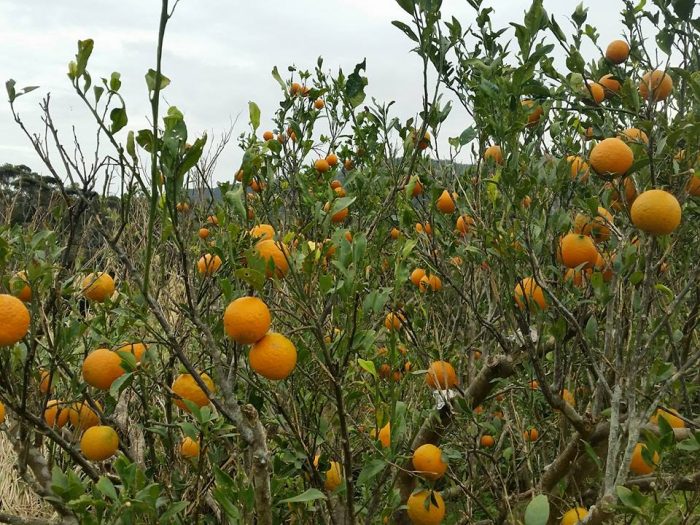