Spring is here! And on Okinawa, spring brings increased temperatures and humidity. There are a number of ways to find respite from the muggy heat of Okinawa, yet one of the most satisfying—and filling—is getting your hands and mouth on some freshly made Okinawan sweets.

If you love sweets, you likely already have go-to favorites such as bakeries and confectionary shops. Undoubtedly, when that sweet tooth takes control, whether it be pies, cakes or chocolates, you already have in mind just what you need to satisfy your cravings. Even those who are not a fan of sweets likely purchase sweets as gifts for family and friends. Luckily, Okinawa has a number of interesting and unique concoctions that are sure to satisfy your cravings, put that sweet tooth in check and also double as excellent souvenirs or gifts.

Given the strong influence both Japan and China on Okinawan culture, most Okinawa confectionaries are made from techniques derived from both Japanese and Chinese cooking. This is certainly true in the case of the infamous Okinawan snack, chinsuko. Chinsuko is small, elongated biscuit made from flour and lard, with a taste and texture similar to shortbread. Chinsuko was introduced to Okinawa by way of China about 400 years ago during the age of the Ryukyu Kingdom. During those days, chinsuko was only eaten by royalty and the court aristocracy and was strictly forbidden to be consumed by commoners. Yet, nowadays, chinsuko is by far the most popular Okinawan confectionary and can be found in every supermarket, convenience store and souvenir shop on island. 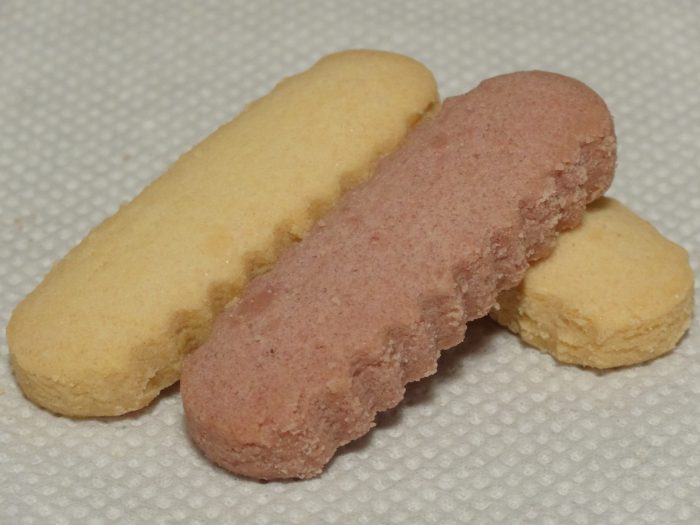 Chinsuko was the official pastry of royalty and court aristocracy during the Ryukyu Kingdom.

Another extremely popular Okinawan treat is sata andagi, which is a similar to the common, everyday doughnut hole. The dough of sata andagi is handmade from flour, milk, sugar and egg yolk, rolled into a ball and deep fried. In the Okinawan dialect, saataa means sugar, and andaagi deep fried. Even though the literal translation is deep-fried sugar, sata andagi has a relatively light flavor similar to a plain donut, crispy on the outside and light and airy in the middle. Perhaps the most popular variety is the beniimo sata andagi, made with purple Okinawan sweet potato. 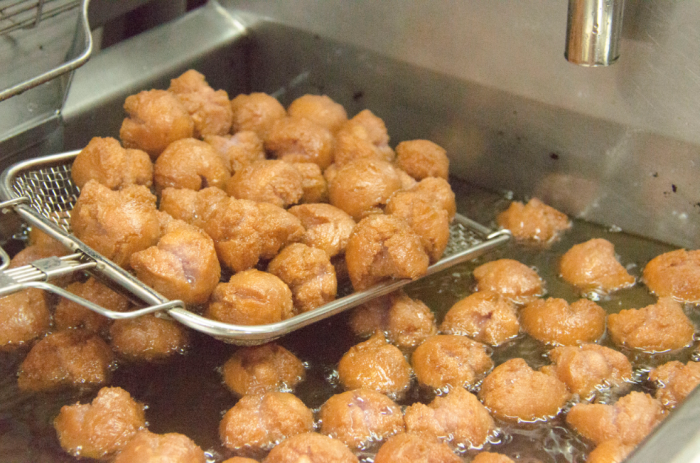 Saata Andagi, a favorite treat for Okinawans since days of old.

Perhaps nothing is better to welcome the Okinawan heat as a bowl of Okinawan zenzai, a dish of sweet red kidney bean soup topped with lots of shaved ice. Zenzai elsewhere in Japan is known as a sweet soup made of red beans, ‘azuki’, and usually eaten hot. The Okinawa zenzai is cooked of red kidney beans, which are slowly simmered for hours with brown sugar, and served cool with a pile of shaved ice on top.  The difference between the Okinawan and Japanese zenzai became known nationwide during the so-called “Okinawa boom” around 2000. 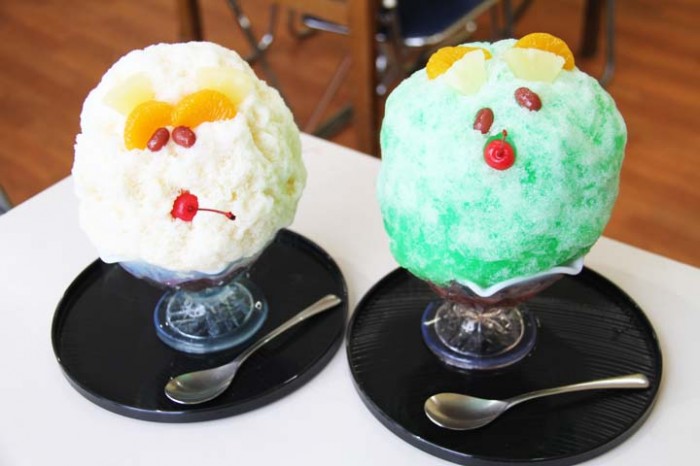 Zenzai on Okinawa is much different from that made on
the mainland.

No matter your taste, Okinawa has a diverse variety of wonderfully delicious and unique confections that are perfectly suited to the hot, humid climate. Whether you’re enjoying a day at the beach, or touring the island taking in Okinawa’s breathtaking scenery, be sure to kickoff the spring season with traditional Okinawan sweets!