Because of Okinawa is a prefecture comprising of islands, even on the main island of Okinawa, there are many interesting bridges.

The most famous and popular bridges connecting surrounding small islands with the main island of Okinawa are Kouri, Hamahiga, and Sesoko bridges. 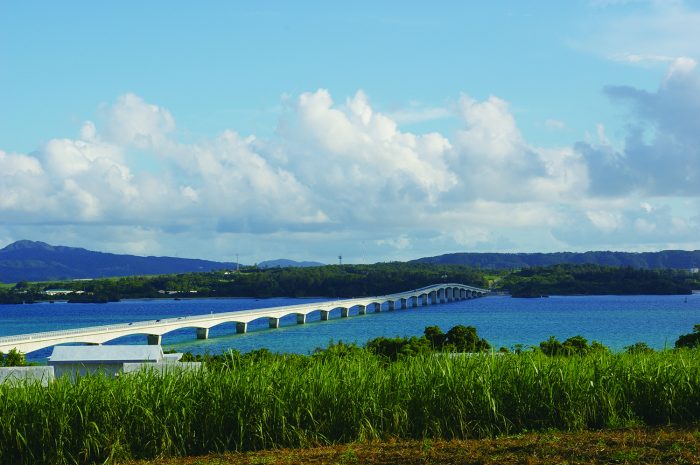 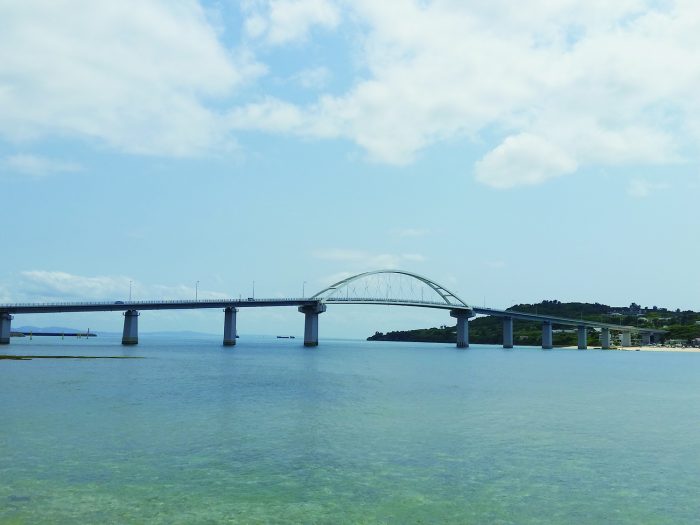 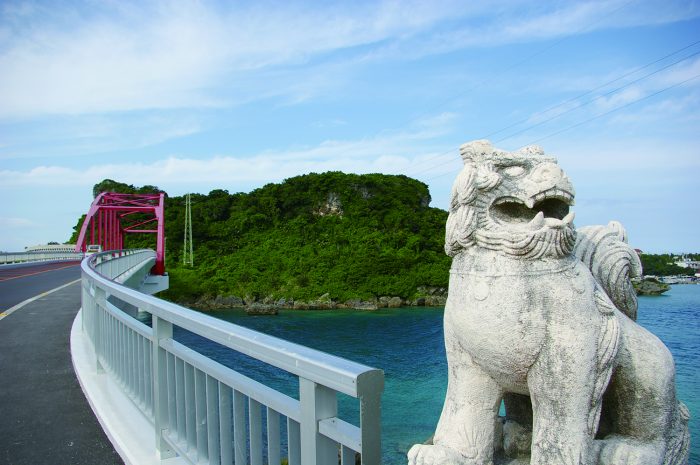 After the Irabu Bridge connecting Miyako Island to Irabu Island opened in 2015, it became the longest bridge in the prefecture at about 3,540 meters delegating the Kouri Bridge to the second longest status within Okinawa Prefecture, although it remains the longest on the Okinawa main island. 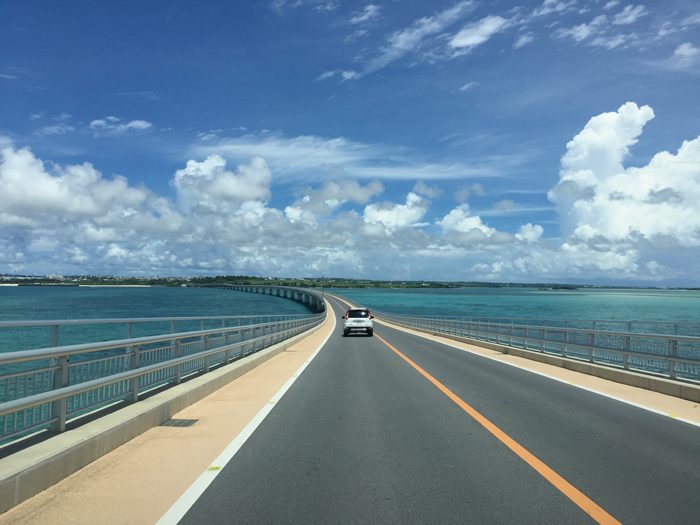 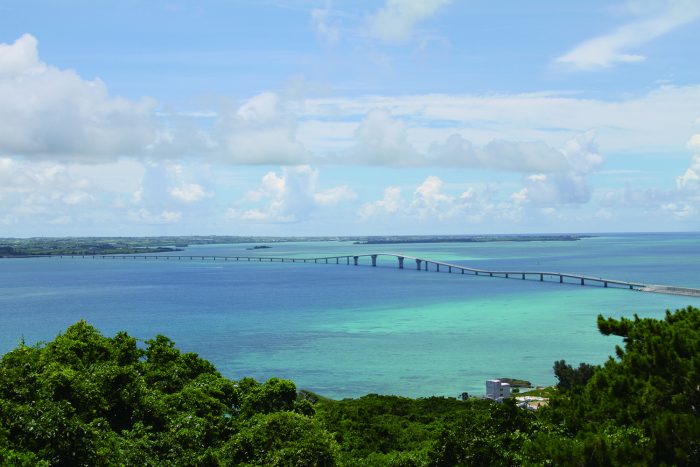 Such long bridges are fun destinations for a drive on sunny days, but this time I will introduce a different type of bridge that is located in the middle of Naha City.
Many people have heard about Tomari Bridge that connects the Tomari and Wakasa districts of Naha, and runs over Naha Fish Market and Tomari Port. Crossing the bridge, one can access the Naha Airport through the Umisora undersea tunnel that provides a faster access to the airport from Urasoe and Ginowan cities than using Route 58 through the center of the city. 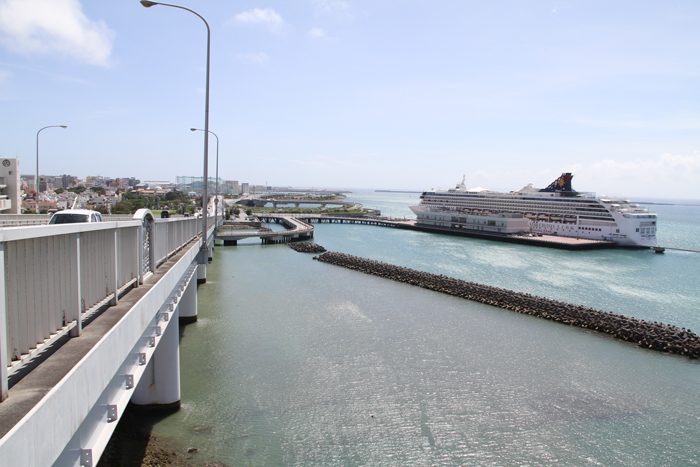 The Naha Port area is the venue for Naha Haarii Festival in May that is one of the biggest annual festivals on Okinawa. In the area, there’s also Tomarin (nickname of Tomari Port), the ferry terminal for access to Kerama archipelago.

But even among local Okinawans there are not so many who have crossed the bridge on foot. The Tomari Bridge opened Apr. 11, 1986, and is now the 6th longest bridge on Okinawa at 1,181 meters. It’s 35.3 meters high at its highest point, and the view from the bridge is amazing and thrilling! There’s a documentary video of the construction of the Tomari Bridge.

Of course, it’s usually very windy at such a high point, and opening an umbrella or wearing clothing that can easily fly away is not recommended. A round trip walk across the bridge is very good exercise with an extra bonus of a nice view.

There are free parking spaces at the Naha Cruise Terminal and pay parking at the Umisora Park or Naminoue Beach on the Wakasa side. On the Tomari side, there is a fish market called Tomari Iyumachi, where you can shop for fresh fish after the walk. The Tomari district of Naha represents a nice mix of nostalgic and urban parts of the city where one can feel plenty of true Okinawa.