Ikei Island north of Katsuren Peninsula has seen its resident community to shrink as young people moved off the island to cities and towns in search for easier life, and fewer children were born to the few couples who stayed. A sign of the times was the closure of the island’s elementary and secondary schools seven years ago because of lack of students.

The project has proven successful enough, and the art project has been enlarged in scale to involve not only Ikei Island but also nearby Miyagi, Henza and Hamahiga Islands. It was also renamed “Ichihanari Art Project +3”.
Several artists have adopted the project and incorporated Uruma islands’ distinctive culture and scenery in their works that are on display during the project. 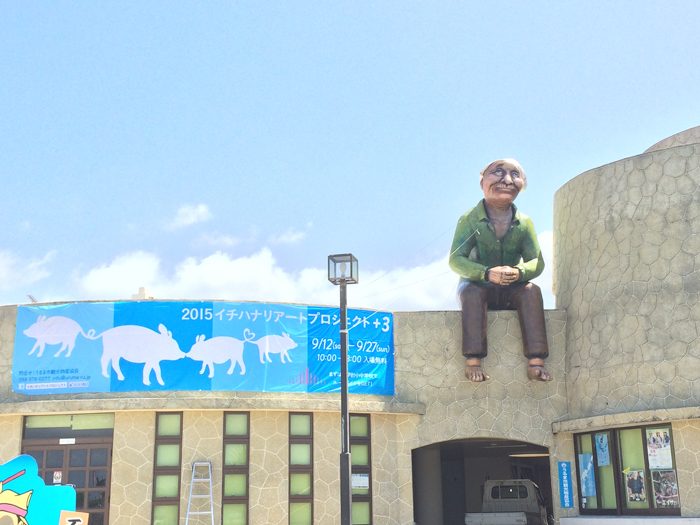 The giant Okinawan Obaa (old lady) statue is an icon of the Ichihanari Art Project.

The art project runs from Saturday, Nov. 18, through Sunday, Dec. 3. The exhibitions are open 10:00 – 17:00 daily. The exhibitions take place on locations on Ikei, Miyagi, Henza and Hamahiga islands and at the Uruma Sea Road (Kaichu Doro) Ayahashi Sea Station. Free shuttle buses run from the Uruma Sea Road around the islands on Saturdays and Sundays. A route map to the event locations is available at the Sea Station and the closed Miyagi Junior High School. 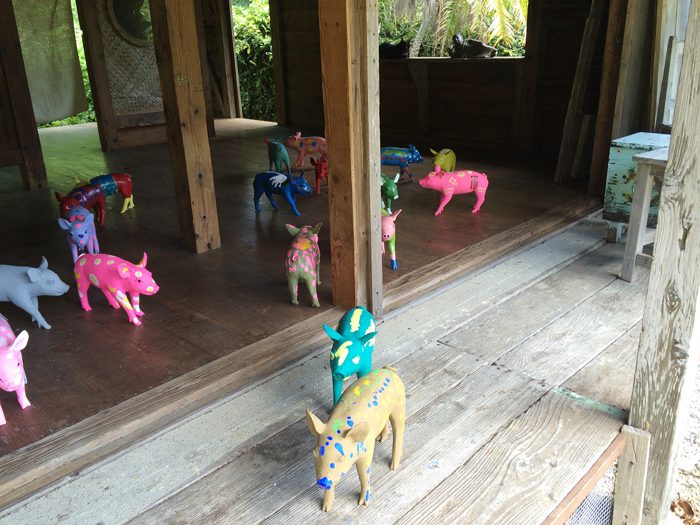 Tickets to the event cost ¥500 (children under 15 are free), and are available at Uruma City Office and Ayahashi Sea Station. Check more details at www.facebook.com/Ichihanariartproject/