Higashi Village is well known for its scenic beauty, fresh air and abundant nature.  It sits on the north eastern part of the Okinawan main island, surrounded by the Pacific ocean to the east, Nago City to its south, Ogimi Village to its west, and Kunigami Village to the north. Seventy-three percent (73%) of Higashi Village is composed of forest-like jungle having 14 rivers, small to big, flowing through it. Although the village consists of six smaller municipalities, the village government office and most of Higashi’s commercial enterprises reside in one area, the Taira District. 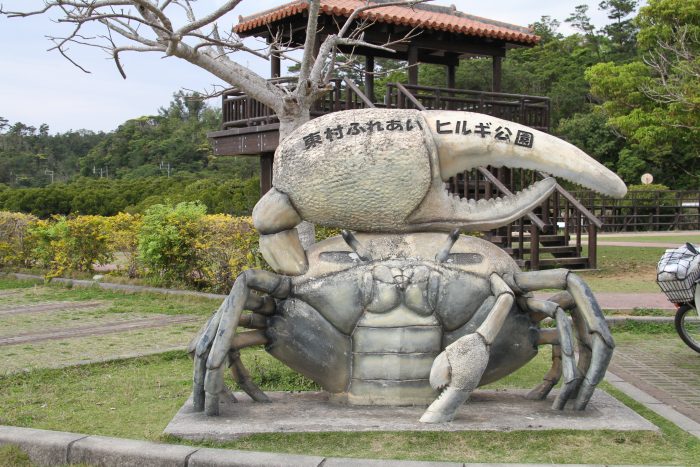 Waving hello, a statue of a giant crab welcome visitors.

Though Higashi Village is vast in its regional size, it is sparsely populated. With a population of only 1,900, it is the smallest populated municipal region in Okinawa. The village has much to offer, however, to those who enjoy outdoor activities such as camping, kayaking, and fishing. Even the night sky will take your breath away. And for those who enjoy hiking, the village does have several rivers and mountains within its borders that provide for good trekking opportunities. One of the village’s accolades include having the largest mangrove forest in Okinawa (near the Gesasahi Bay) which was subsequently declared a National Natural Treasure in 1972. With so much natural richness, you may not want to return to the city. 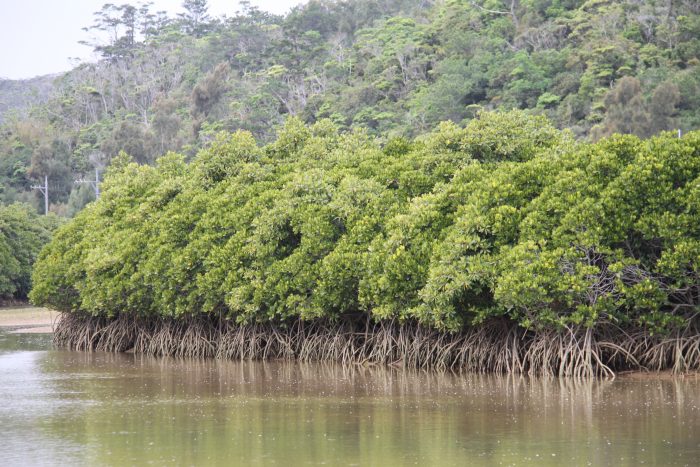 The mangrove forest in the Gesashi District was declared a National Natural Treasure in 1972.

In addition to the abundant nature, there are some agricultural products Higashi Village is famous for. Pineapples from the village are some of the sweetest and juiciest you will ever find. Aside from being sold within the region they are rarely found in Okinawan stores outside the village because most are exported to mainland, Japan. Another product is tea. Tea plants can only be cultivated in areas where the water is rich and pure, making Higashi Village one the best places to grow tea shrubs. 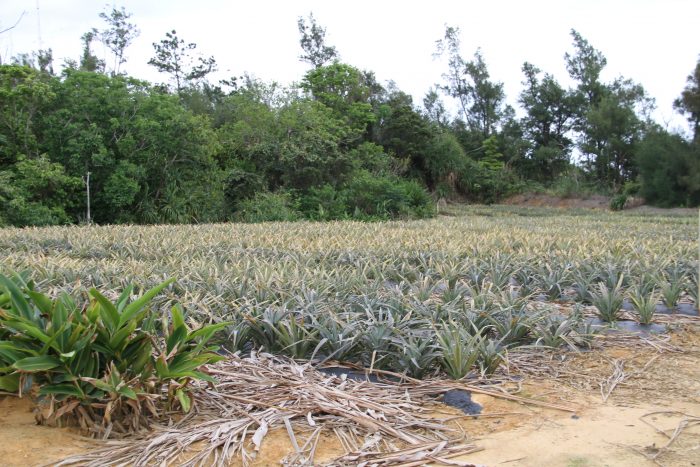 Pineapples from Higashi Village are some of the sweetest pineapples in Japan!

As with most places in Okinawa, Higashi Village has much to offer to add to your memorable experience here on the island. Make sure you save some space in your photo album. Higashi Village will surely fill it up.