Located in the northern most part of the main island of Okinawa is the quiet village of Kunigami. It is an area mostly left untouched by the fingerprints of modern society. Here you will find an abundance of nature, both on the ocean front and within the jungle enclosed. At its apex is Hedo-misaki, a rocky, narrow peninsula that sits in the middle of the East China Sea and the Pacific Ocean. For those who wish to get away from the tumultuous busy lifestyle, Kunigami Village is an escape. Ninety percent of the village is forest and is currently home to many National Protected Species, such as the Okinawa Rail and the Pryer’s Woodpecker. It’s about 194.8 square km in area and is the 5th largest municipal body on Okinawa. From Naha City, Kunigami is 100km to the north, but just 28km south from the next prefecture – Yoron Island of Kagoshima Prefecture, which can be visible on a clear day.

Kunigami is also home to the highest mountain on the island, Mount Yonaha at 503m. This is the second highest mountain in the entire prefecture, with Mount Omoto of Ishigaki Island edging Yonoha by about 22 meters at 535.5 meters in elevation. Kunigami overall has many mountains and river streams. Its most famous waterfall is Hiji Waterfall on the Hiji River. If you love nature, then Kunigami will not disappoint you. Hiking, canoeing, bird watching are just a few of the many adventures you can partake in. So next time you need to free yourself from all of life’s worries, drive to Kunigami Village. Your soul will be glad you did.

Kayauchi Banta (Cliff) is located at near Hedo Point. Height above sea level averages about 80m. The view from this location is breathtaking. 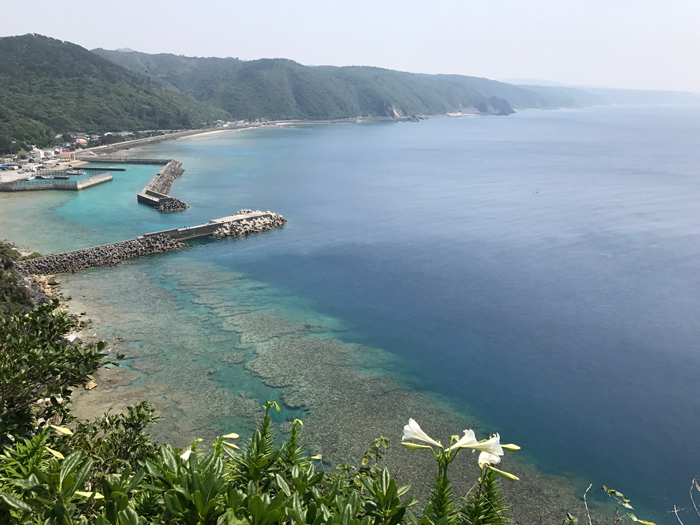 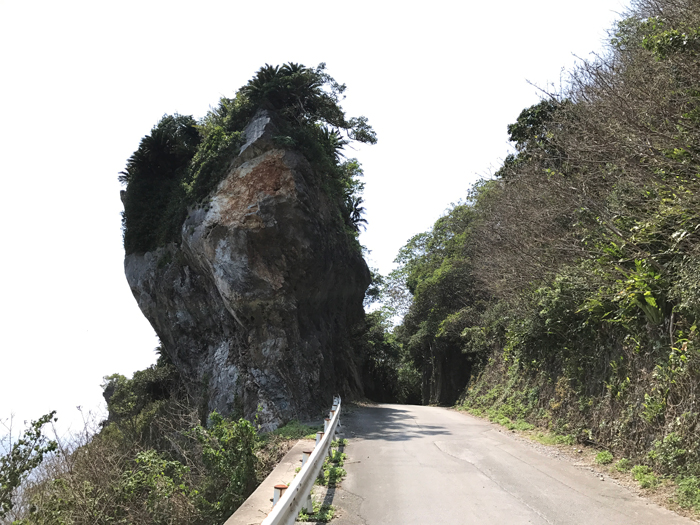 A narrow path – at one time, only one person could fit through this natural corridor to get to the other side.

Hiji Waterfall is located within the forest of Kunigami Village and is one of most famous waterfalls on Okinawa. It stands about 26m in height and is the tallest waterfall on the Okinawa main island. It is about 1.5 km from the parking area to the waterfall with an average hike between 45 minutes to an hour. Though a well-laid out path exist, the hike up to the waterfall may pose a challenge for small children and senior citizens. Expect to get a little wet along the way. A change of clothes is recommended. 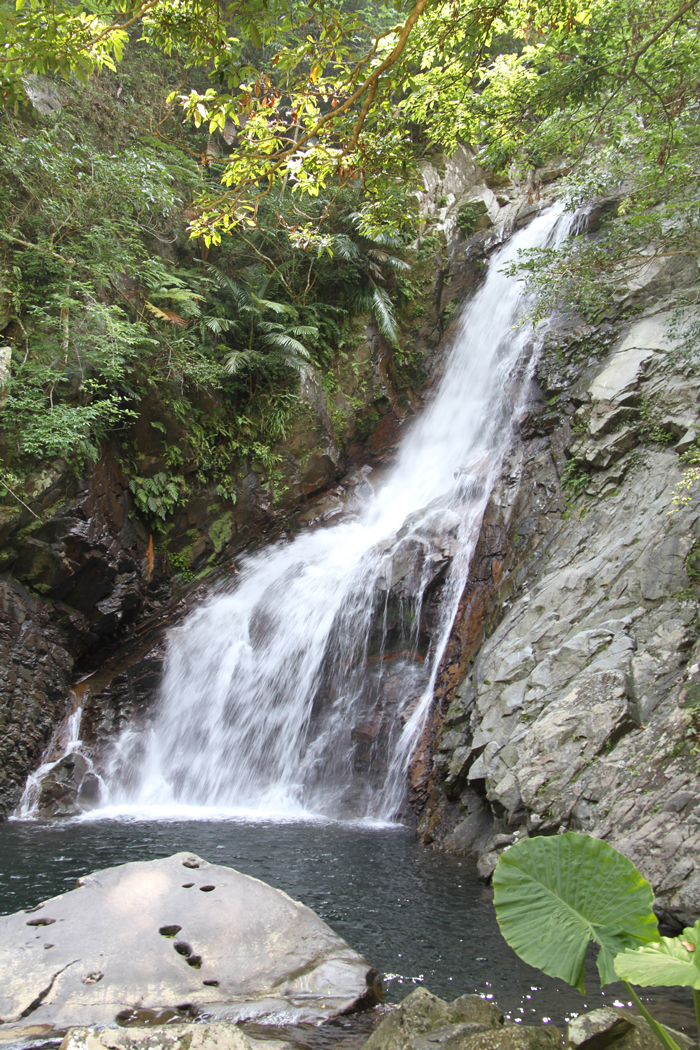 Hiji Waterfall is highest waterfall on the Okinawa mainland.

Elevated above in the Kunigami Forest is a giant observatory shaped like that of an Okinawa Rail. It is about 10m in height and has a wonderful panoramic view of the horizon with the ocean and the sky in the backdrop. 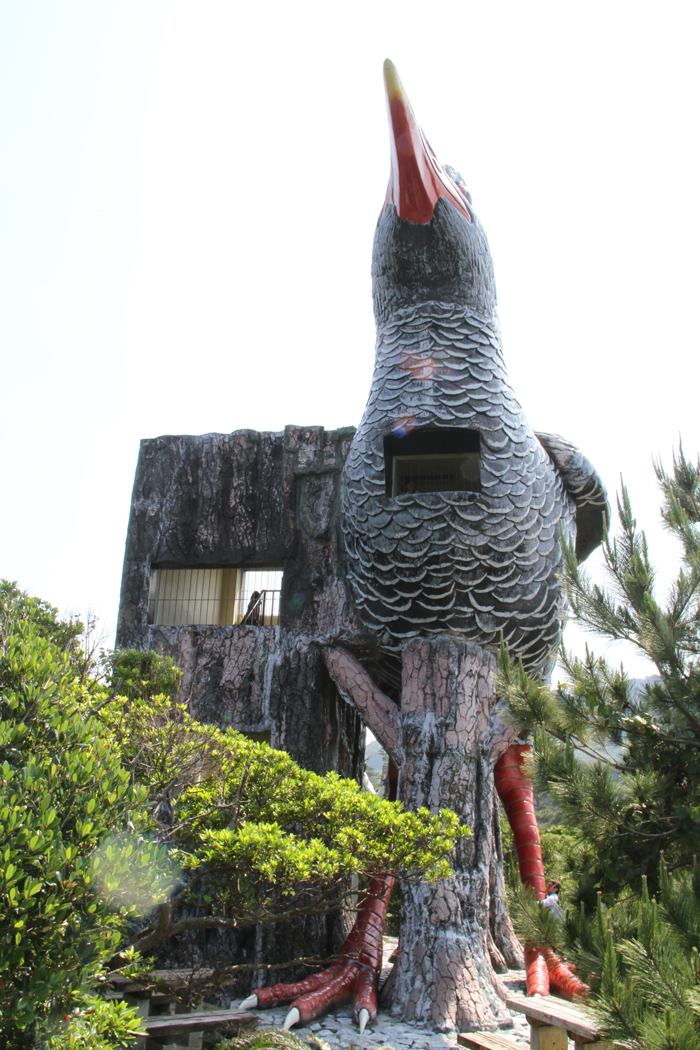 Ashimui Utaki (Sacred site) is one of the seven most sacred places on Okinawa and of the seven, it is the furthest north. There you can see a mountain range with 4 distinguishable peaks. Ashimui means all four mountains chained together. Because of its spiritual significance climbing the mountain top is now prohibited to the general public. 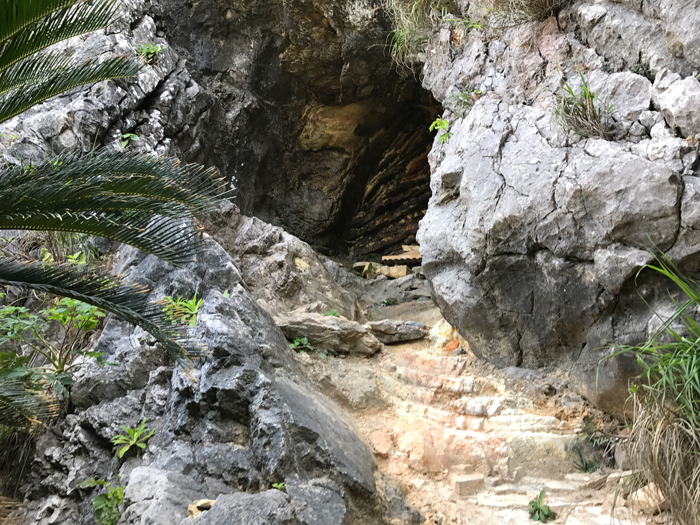 Ashimui Utaki is one of the most sacred places on Okinawa.

Hedo Point is the northern most point of the Okinawa main island. Here you can view both the Pacific Ocean on the right and the East China Sea to the left. On New Year’s Day, it has become a famous spot to watch the first sunrise of the year. 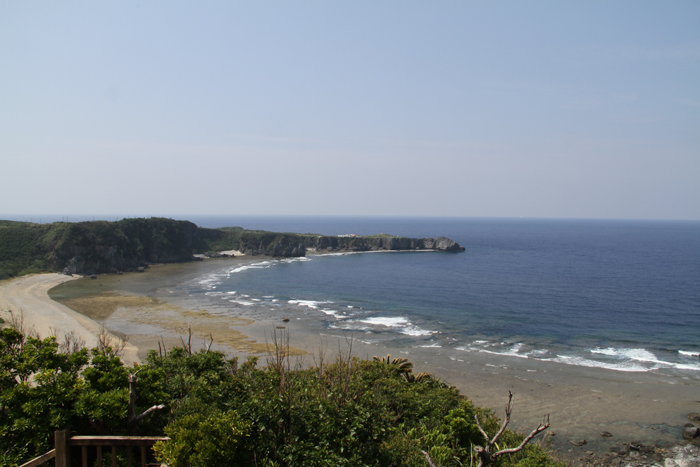 Hedo Point is the northern most point on the Okinawa main island.

Daisekirinzan is sightseeing spot consisting of jagged limestones that are uniquely formed within the forest jungle. It is part of the Ashimui Utaki sacred site. Here there are well organized walking trails for both kids and senior citizens. Visit their website for more information http://www.sekirinzan.com/ 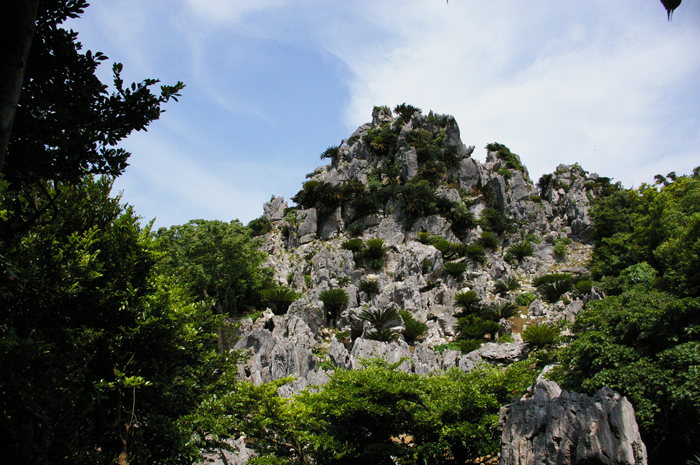 The Yui Yui Kunigami Road Station is the northern most road station in Okinawa. Here you can find many natural products and farm goods, like green tea, tankan oranges, pineapples, and other vegetables that are locally produced. Souvenirs and sweets are also available on location. The Yui Yui Road Station has a statue of the popular Okinawa Rail, also known as the Yanbaru Kuina, near the parking area. 1605 Okuma, Kunigami Village. http://www.yuiyui-k.jp/ 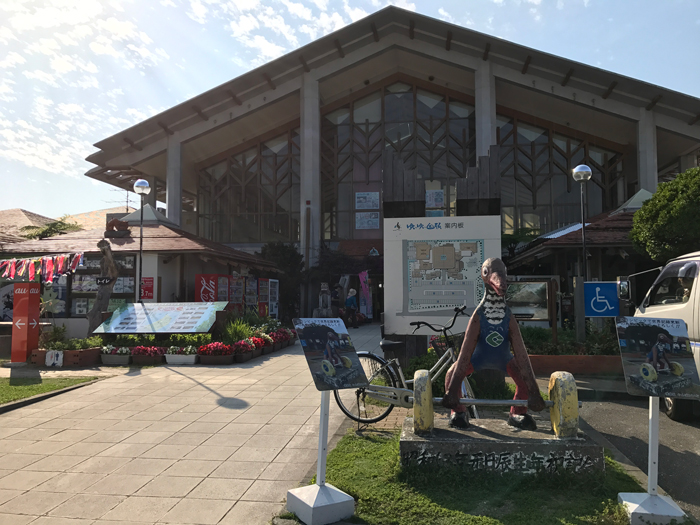 Sculptures of the Yanbaru Kuina can be found all over Kunigami Village.

The Kuina-no-Mori translate to ‘Forest of the Okinawa Rail’ in English. This facility was specifically designed to learn about the Okinawa Rail and how to protect them as a species. The Okinawa Rail is considered a national treasure and is currently on the endangered species list. The Okinawa Rails is difficult to see in nature and most Okinawans have never seen one before until this facility opened. 1477-35 Ada, Kunigami Village. http://kuinapark.com/kuina 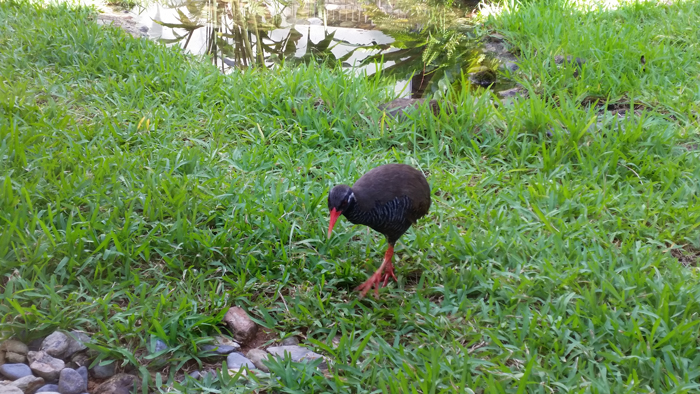 An Okinawa Rail named “Kyon Kyon” is being fed at the Kuina-no-Mori facility.

“Yanbaru Mori no Omocha Bijutsukan” means the Yanbaru Forest Toy Museum. It is a museum like no other, consisting only of toys made of wood that come from the Yanbaru Forest. Yanbaru is a regional nickname of the northern area of Okinawa often being associated with the deep forest jungle. The museum is located in the Hentona District of Kunigami Village. It is part of the Yanbaru Forest Park, collocated at the park’s information center. The museum’s aim is to connect children with nature by using toys made of trees found in the Okinawan jungle. Kids from infants to middle school ages can indulge themselves with the numerous toys on station. Open 10:00~16:00 every day except Tuesdays. Entry ¥400 for adults and ¥100 for kids 3~12 years old. 1094-1 Hentona, Kunigami Village. http://www.kunigami-forest-park.org/?page_id=206 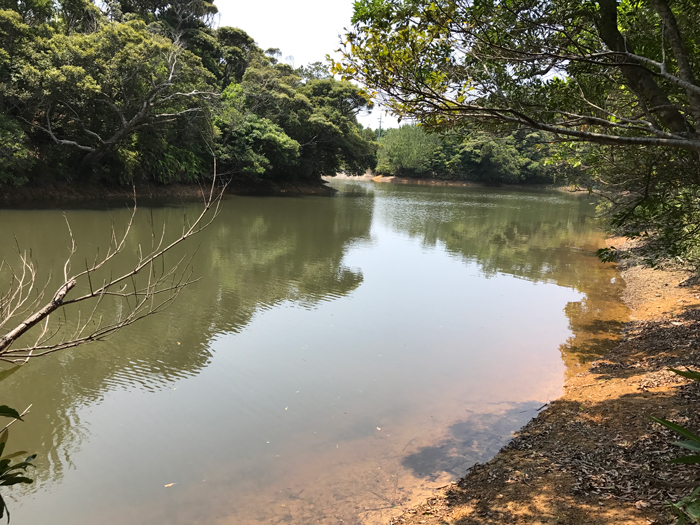 The Forest Park offers you a chance to relax and breathe. 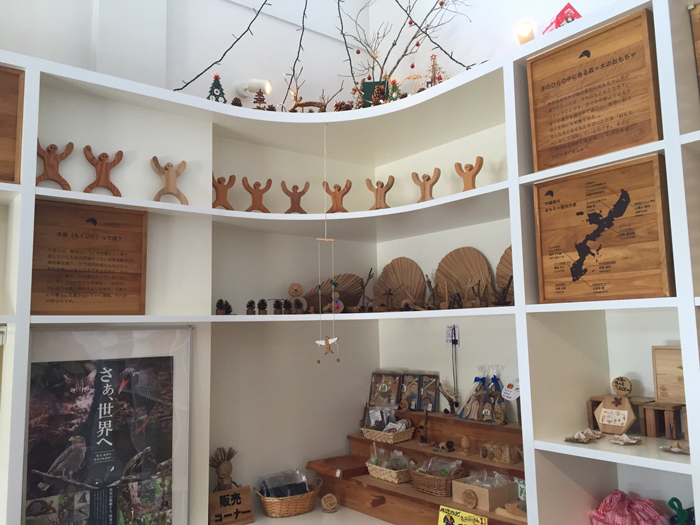 At the Forest Toy Museum, you will find custom-made toys made from trees of the Yanbaru Forest.