Radiating Relics of the Past. Now at the Urasoe Art Museum!

From September 14th to October 28th, the Urasoe Art Museum will be hosting the “Kira-kira Hikaru Exhibition”, where some of the world’s most illustrious relics of the past will be on showcase to the public. All the relics on display are colorfully bright and vivid. Hence the name “Kira-kira Hikaru”, a Japanese term that means “sparkling shine”. In many cases, the bright colors and glitter were often   representational of one’s power or status, and such  visual characteristics were often associated with a tribe’s faith or deity, like the sun and fire god. The exhibition is broken down into five themes with about 60 items exhibited at the museum.

Theme 1: Vivid Objects. In this portion of the exhibition, some of the most natural brilliantly colored materials like gold, silver, diamond, glassware, and shells will be on display. These were objects much desired by various cultures long ago due to their unique shine and glitter, as they were not often found in abundance in nature.

Theme 2: Worshipping Objects. In ancient times, people worshipped the sun, fire, and other brilliantly lit objects, such as statues. Here you will find relics made of gold, such as those from the Buddhist faith. 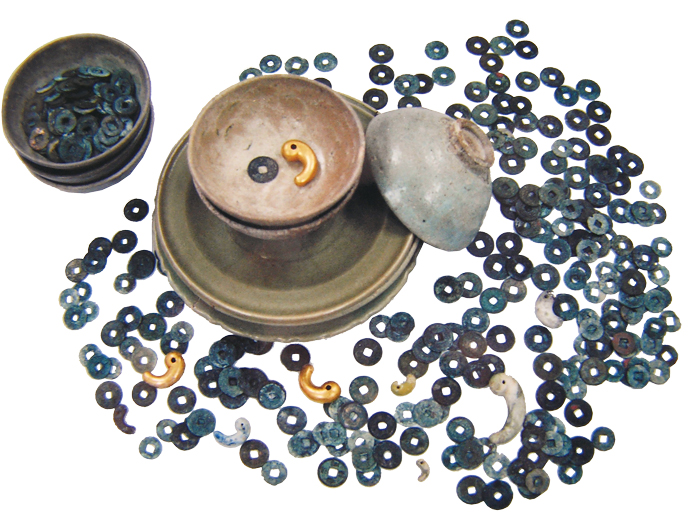 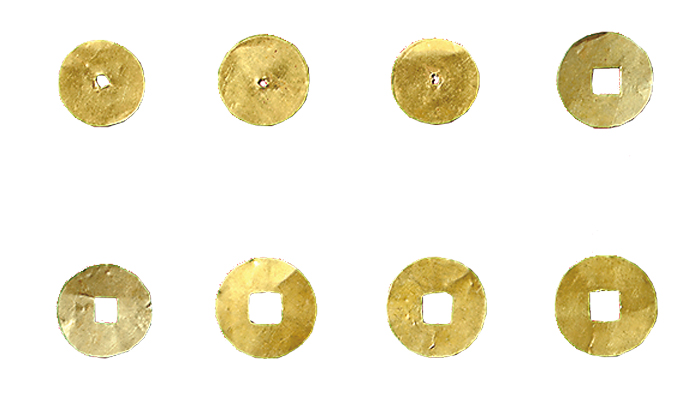 Theme 3: Brilliant Attire and Royal Ornaments. Because of its vivid nature, bright clothing was often worn to portray those with high status or those who held power. Ruling families would often compete against one another with their illustrious clothing. Because of this competitive nature, the artwork within the clothing became more and more complicated. All this was done to out-do the other rival family members. Some of these attires are considered national treasures today, such as the “Chiyokanemaru” sword, the King’s crown (replica), and the golden hairpin from the Ryukyu Kingdom era (replica). 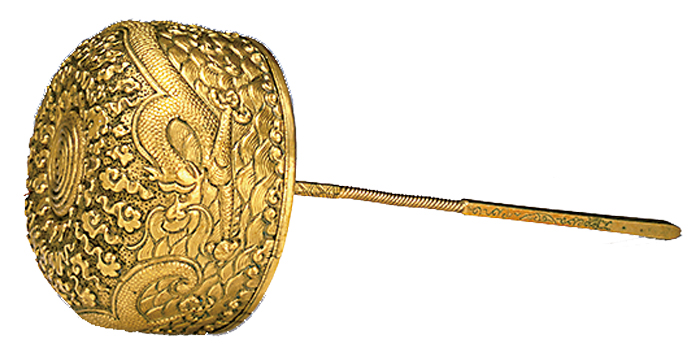 A Gold Hairpin for the head female shaman used during Ryukyu Kingdom era.

Theme 4: Ryukyu Kingdom Lacquerware. In the Ryukyu Kingdom era, royal families used Ryukyu lacquerware for a lot of utensils, such as document box holders, meal dishes, trays, etc. Lacquerware items, in some form or another, were often used as official gifts to other royal members of China and mainland Japan. The lacquerwares were made with very high-quality skill, often brilliantly lit with some very intricate designs. 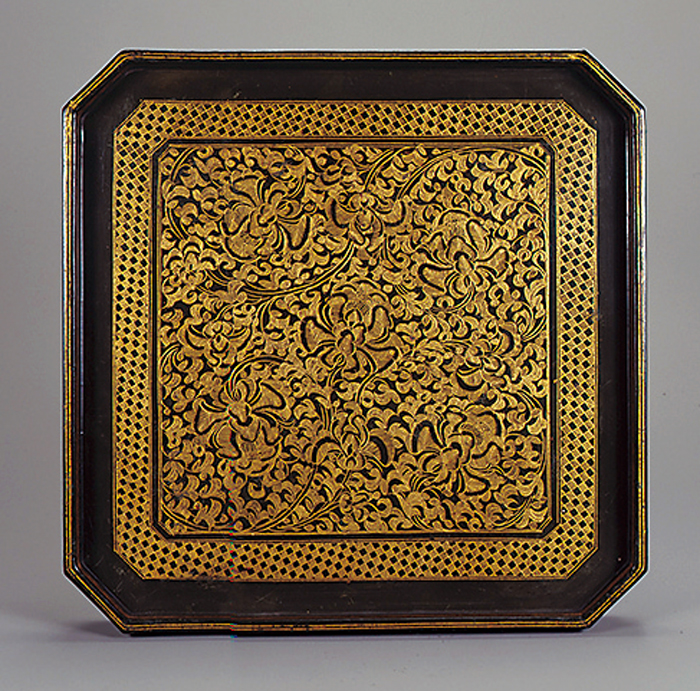 A lacquerware tray, with an intricate design. 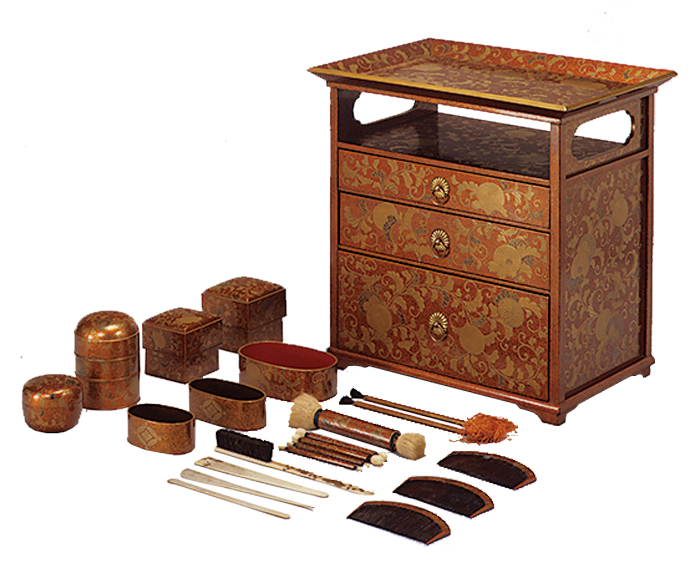 A makeup box made of lacquerware. 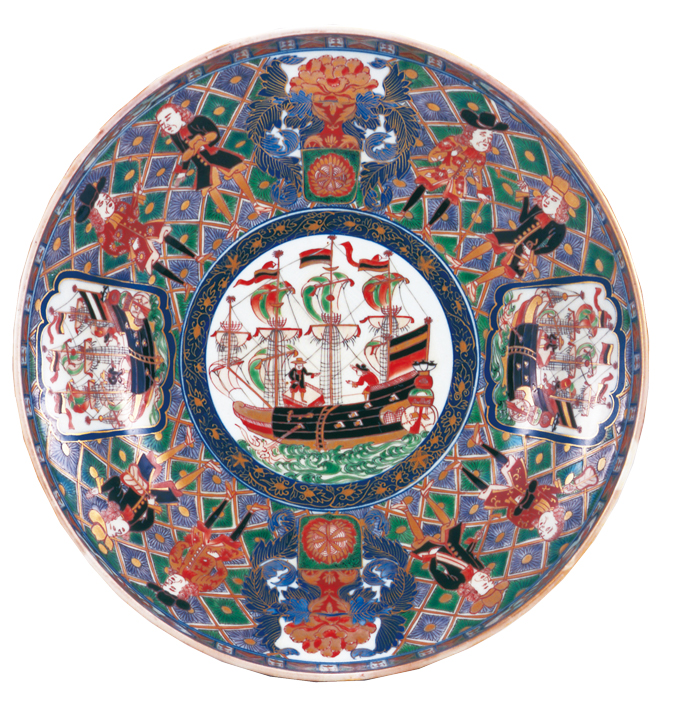 A decorative dish; etched inside are ships thought to be from Holland.

Theme 5: Brilliant Objects for the Masses. Throughout the world, cultures and societies yearned for brilliant materials. In some cases, this special possession was part of their lifestyle, and not used as a form of medium for monetary exchange. For example, in Turkmenistan, nomadic women wore many accessories made of silver. They did not use it for money, but rather, it was part of their jewelry and way of life. 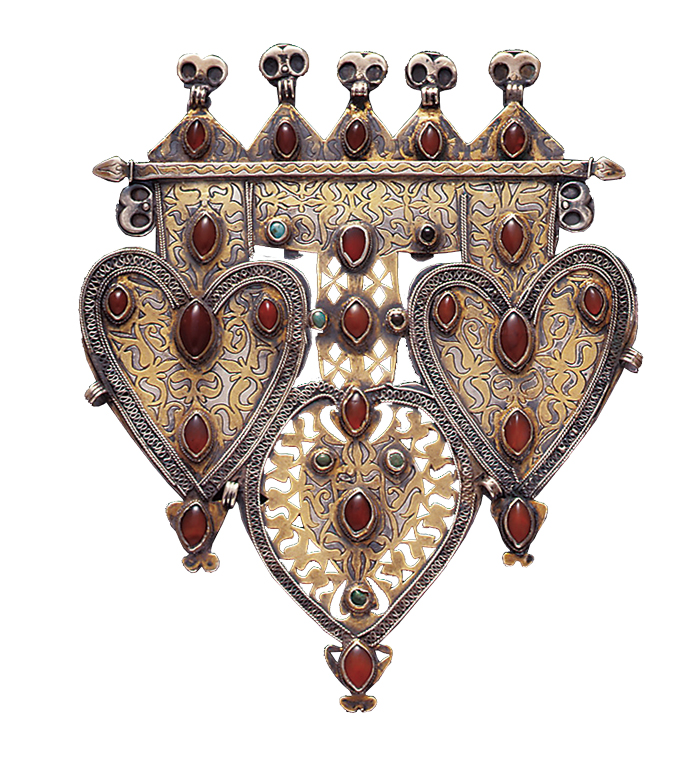 At the exhibition, audio guides in English and Chinese are available to use for free. All are welcome to this once-in-a-lifetime event. Discover, learn, and delve into the world’s shiny illustrious past. The exhibition is the the Urasoe Art Museum and goes from September 14th (Fri) through October 28th (Sun), 9:30~17:00 every day except Mondays (Fridays stay open until 19:00, and will be open October 8th Monday because of the Japanese Holiday). Entry fee is ¥800 for adults, ¥600 for University Students. Free for 18 years and under.