Ginowan is founded on history, tradition and legend Sunsets at Ginowan Tropical Beach are said the be the most spectacular on Okinawa.

Although the city was heavily damaged during World War II, there are still many historically significant places left in the city; you just have to know where to look. Along Route 81 heading towards to Okinawa City, there is the Kiyuna Spring. This spring was used in the past as an important source of water for local residents. It is now protected by a surrounding fence. 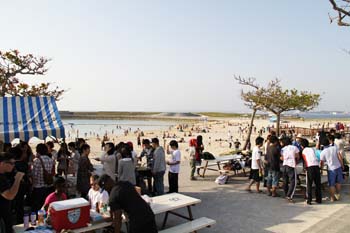 Tropical Beach next to the Convention Center is one of the most popular among locals.

There is the Nodake stone-paved road, which, according to historical records, was built about 500 years ago when Lord Gosamaru was in charge of the area. Parts of the road still remain close to Ginowan border with Kitanakagusuku. The Oyama Shell Mound was a worshipping place and a natural burial site for generations that has long been honored and maintained by local residents to this day.

Of course, history is not the only thing Ginowan has to offer. The city holds various festivals throughout the year, the largest being the Hagoromo Festival, one of the most prominent festivals on Okinawa. A traditional Okinawan dance called “Kachashi” is the highlight of the Hagoromo Festival. It’s fascinating, joyous and easily engages spectators in its excitement. Among other events of the festival, the historical parade of Lord Satto is an attractive demonstration of the glory of the past since he was the one who ushered in the glorious days of Okinawa’s great trading era.

According to a legend, about 690 years ago, there lived a man whose name was Okuma. One day, as he was returning home from a long day of work on the fields, he stopped by a river to wash his hands and feet. There he came upon the most beautiful mantle of feathers hanging from a tree. Because of such beauty, Okuma took the mantle and hid it deep inside his warehouse without realizing it belonged to a heavenly maiden bathing in the river. After finishing her bath, the maiden found her mantle missing, and cried in deep sorrow, for she could not return to heaven without her mantle.

When Okuma found her weeping, he invited her to stay in his home, and before they knew it, they became husband and wife and were blessed with a son and a daughter. Unfortunately, when the children grew, they found the mantle and maiden flew again off to heaven leaving Okuma and her two children behind.

According to the legend, though, when the son grew up he became Lord Satto, who began the official trade between the Ryukyu Kingdom and China that brought culture, metals and tools to the island, and resulted in a flourishing and prosperous Ryukyu Kingdom. 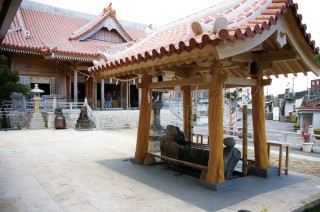 Futenma Shrine and the adjacent cave are located at the junction of three roads in Futenma, marked by a landmark “torii” gate denoting a Shinto shrine. The shrine is one of the eight affiliated shrines of the Ryukyus. It was built about 500 years ago on orders of King Sho Kinpuku. Countless people make visits to the shrine every year to offer prayers, mostly for fertility. There are two stalagmites, which symbolize fertility, at the entrance to the cave that is within the shrine. Walking through the 50-meter long trail inside the cave is a symbol of going back to one’s mother’s womb thus becoming reborn and purified. Futenma Shrine is located at https://goo.gl/maps/i0WjT 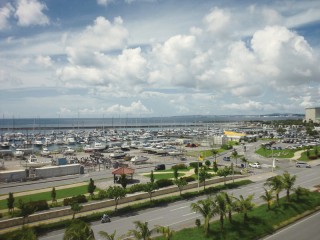 The Ginowan Marina is located at Mashiki, Ginowan City. It has berths for 636 boats, of which 357 can moor at its pier, with an additional 275 slots on land. The parking area has space for 590 cars. The facilities include a restaurant, clubhouse, bathrooms and showers. A number of events are held at the marina every year, including the Okinawa Marine Festival, a number of yacht races, and a fishing tournament. Ginowan Marina is the largest marina in the prefecture and the center of local marine sports activities. It’s boat slip and equipment can handle even the largest of yachts. According the Ginowan City Tourism Association, sunsets seen from this port are priceless. https://goo.gl/maps/wS5DM

The Ginowan Bayside Information Center (a.k.a. GWave) celebrated its 10th anniversary in July 2013. Established with the motto of “Giving residents a place to get information,” it was recently reformed. The new GWave is a new-type information industry building, combining a library and café “Gwave Café”. Its other functions include an incubation office “Gwave Incubate”, the “Gwave Space” which provides high-speed internet services and tenant space for IT companies “Gwave Office”. For more information, call 098-942-8415 or email: info@gbic.jp. The location is at https://goo.gl/maps/CcHnZ 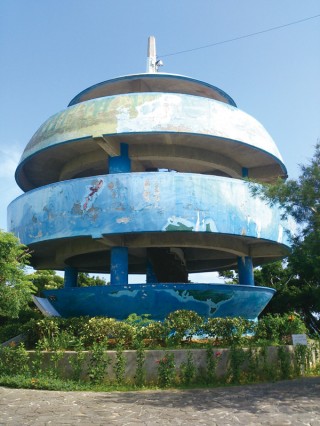 Kakazu Park occupies a small hill that saw some of the fiercest fights during the Battle of Okinawa. Within the park there is a cenotaph erected in memory of those killed in the battle. The landmark of the park is an earth-shaped observation platform at its highest point, from where one can see Cape Zampa to the north and the Kerama Islands to the west. The park being on the highest point of Ginowan, the view of the city is the best there is! There is also play equipment for children and benches in the shadow of trees to relax or enjoy a book, which many locals take full advantage of. Free restroom facilities and parking for 18 cars are available. Kakazu Park is at map: https://goo.gl/maps/LfGsy 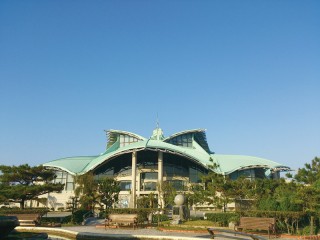 The Okinawa Convention Center was built about 20 years ago. It’s one of the largest public complexes in Okinawa, and includes a full-fledged theater, an event hall and conference rooms. The Government of Japan has designated Okinawa as an international convention location, and with its attractive resorts, it is expected to become an international hub for southern Japan. The center also has many multi-purpose facilities, and can be utilized to meet various demands. Many big-name entertainers, such as BEGIN, Namie Amuro and others have performed there, and every year several large-scale conferences are held at the center. The convention center is at https://goo.gl/maps/tayk9 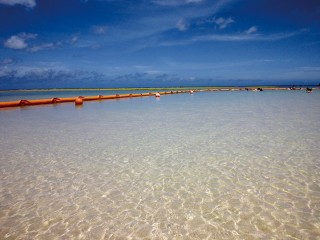 Tropical Beach is located within the premises of the convention center area. Its white sand and shining sun create a resort atmosphere to the beach. Tables and canopies can be rented for parties. In addition to being a place for people to enjoy a swim, barbeque or a good refreshing walk, the beach is home to various events. The beach has free parking and restroom facilities. Tropical beach is at https://goo.gl/maps/lpHUl 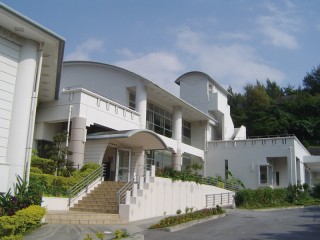 The Ginowan City Museum is located next to Mori no Kawa Park. Exhibitions cover the city’s history and culture. The most popular permanent exhibitions among children are a puzzle made of pottery and a model railway. The museum offers many events and exhibitions throughout the year. It’s open from 9 a.m. to 5 p.m. with last entry at 4:30 p.m. and closed on Tuesdays, national holidays and New Year. The museum’s Japanese language homepage is at http://www.city.ginowan.okinawa.jp/organization/shiritsuhakubutsukan/1419.html The museum is located at https://goo.gl/maps/NPhEP 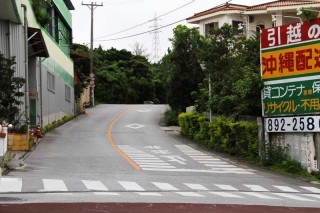 The Ginowan Pipeline is a road connecting Naha and Ginowan City that runs much of its length parallel to Highway 58. The road got its popular name from a U.S. military fuel pipeline that originally ran underground along this road. Okinawa was under the American occupation after Japan’s defeat in 1945 and all the way to 1972, during which many military facilities were constructed. In 1952, three cast iron fuel pipes were installed from Naha Military Port to the Air Force fuel depot in Kuwae, Chatan, to supply jet fuel to military aircraft, and the road along the line became commonly known as “the Pipeline.” Although the fuel line is no more in use, the name remains. Pipeline road is at https://goo.gl/maps/b1F61 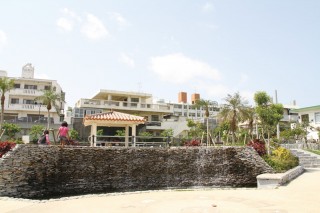 In the Ginowan City Recreation Park there are parking spaces for 65 vehicles that makes it convenient for everyone to visit. There are 700 and 1,000-meter-long walking and jogging courses, a huge playground and plenty of open space with plenty of play equipment for children, skateboard link, tennis court and basketball court. The park is located at https://goo.gl/maps/QjRuL

Ginowan Marine Support Center, a.k.a. Maririn Ginowan, is the nearest diving pool to Naha City. The center also has shower rooms, coin lockers and a 25-meter pool to polish your diving skills and practice at your pleasure. The facility includes a café and a garden with barbeque grills, plus another barbeque area near the pool. There are also kayaks and kayak equipment available for practice in the pool. To use the facility costs ¥525 per person per day. It has rooms for meetings and training for groups from a few up to 200 people. Maririn Ginowan is at https://goo.gl/maps/mFxxb 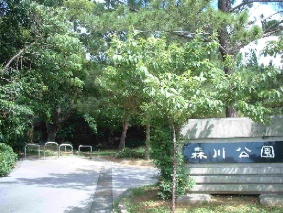 Morikawa Park is located in the Mashiki district of Ginowan City. The park has an observation platform, multipurpose space, playground equipment and tennis court. Morikawa (Forest River), which is where the legend of Hagoromo took place, famously flows through the park. It is one of the most popular parks in the city. Restroom facilities and free parking are available. Although the park has a great history, and many people visit the park to have a good time, an urban legend that the park is haunted is widespread among local residents. Morikawa Park is at https://goo.gl/maps/Q6dQ9