Okinawa Peace Memorial Park is located in the Mabuni district of Itoman City, on the site of the last ground battle of the war on Okinawa at the end of WW II.

It’s a place where high cliffs rise from the beautiful blue ocean that meets the blue sky in the distant horizon. It’s a place of unmatched beauty where it’s difficult to imagine the horrors of the fierce battle that raged there more than 70 years ago. It was named a national park in 1972, the year of Okinawa’s reversion to Japan.
Within the park, there is the Peace Memorial Museum, which displays details, pictures and items related to the horrible Battle of Okinawa. 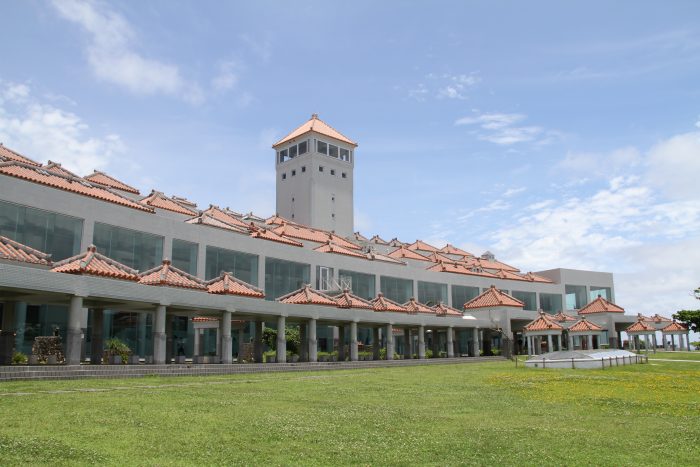 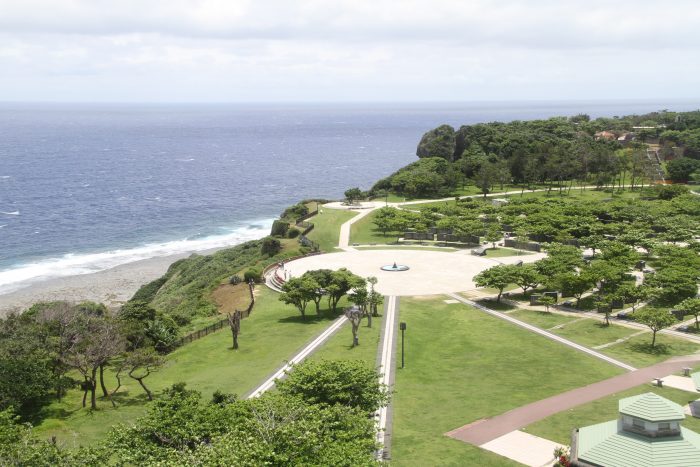 The Cornerstone of Peace monument lists the names of people regardless of nationality who died in the war on Okinawa. It now has more than 240,000 names engraved in granite slabs that form the monument. New names are added every year as remains of victims are found and identified. 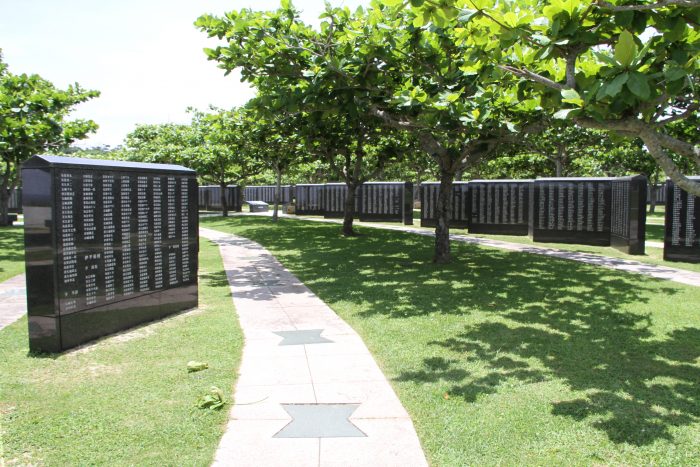 The Cornerstone of Peace monument.

The Peace Memorial Hall with its Peace Prayer Statue opened in 1978. 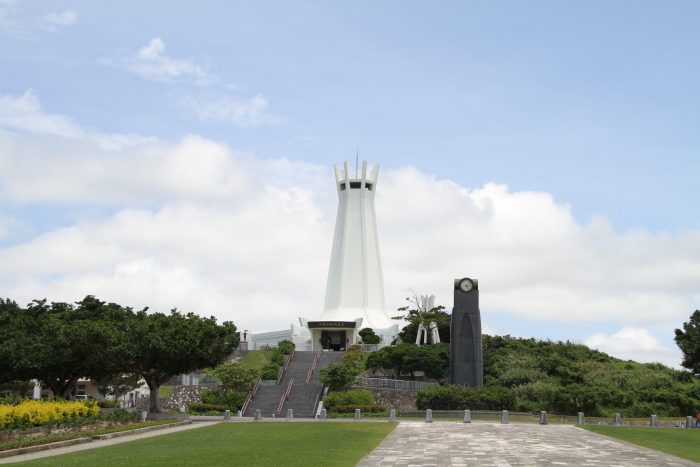 On the park area, there is a children’s field with a maze made with sunflowers and a huge play area. Many families visit the park all year around. 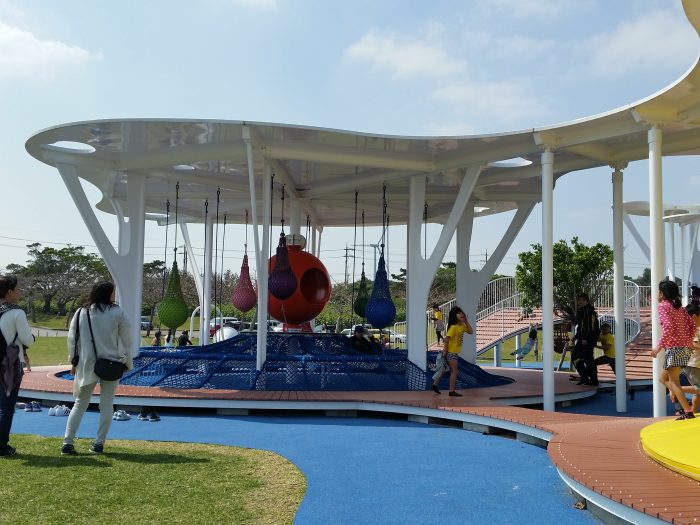 June 23rd, the day called “Irei-no-hi,” is the day to remember the lives lost during the Battle of Okinawa. It’s a public holiday in Okinawa, when a memorial ceremony is held every year in the park, and people pray for the war dead.