Ikei Island is the final island along the chain that belongs to the Yonashiro District. The red painted bridge that connects Miyagi and Ikei was built in 1982. 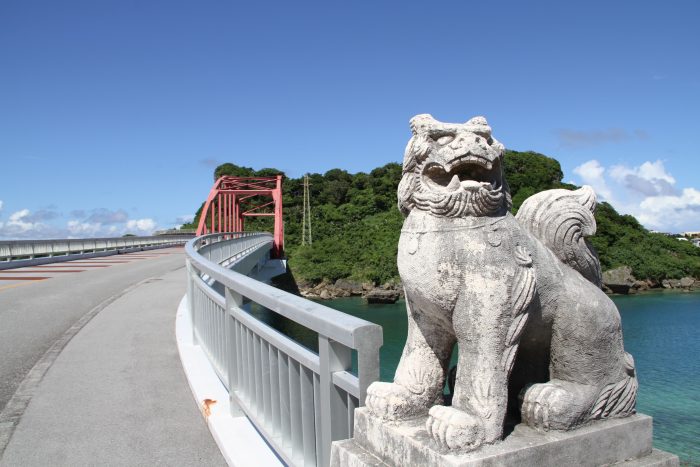 A Shisa stands guard on the Ikei Island bridge

In the Okinawan dialect, the island is called “Ichihanari” which means “so far”. Ikei Island is smallest of the inhabited islands mentioned above having less than 500 residences living there. The forth island, Yabuchi, is actually the smallest in size, but is uninhabited. 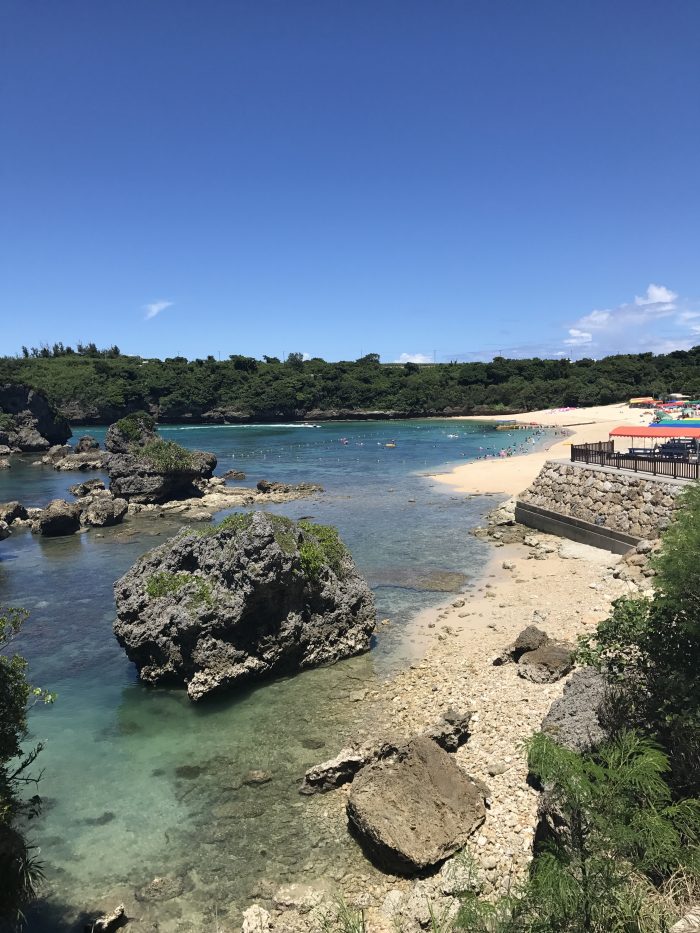 Ikei Beach, a very popular hangout for fun and sun.

Ikei Island has a famous ruin site known as the “Nakabaru Iseki”. Colonial remains dating back 2500 years ago were discovered there. These remains, which included dwelling artifacts, clay pottery, and tombs were first discovered in 1978. 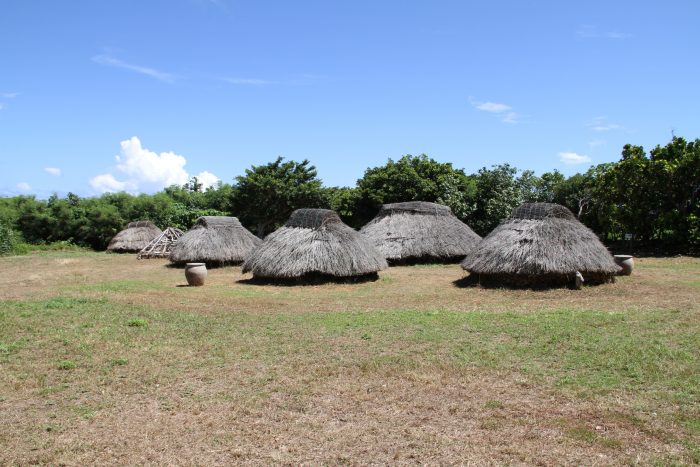 Nakabaru Ruins. First discovered in 1978, these ruins are believed to date back 2500 years ago.

The site has since been recreated to mimic the early settlements. The island is also known for its island artwork. the Ichihanari Art Project showcases many arts works made on the island and is featured every year.