“Hacksaw Ridge” is the title of a movie featuring the battle of Okinawa at “Maeda Kouchi (Maeda hill)” in Urasoe City. The film directed by Mel Gibson is scheduled for release in Japan on June 24th.

The final battle scene of the movie location is Maeda Kouchi, known to U.S. military as the Hacksaw Ridge. It was actually the site of Urasoe Castle in the Ryukyu Kingdom era in the 14th and 15th centuries. Urasoe Gusuku (castle) was the most powerful royal castle before King Sho Hashi, the first king of the Ryukyu Kingdom, united the competing kingdoms on the island.

Although the site had been deserted for a long time, its landscape made it an important line of defense against advancing U.S. troops during the Battle of Okinawa in the World War II.

One can walk around the huge area of Urasoe Castle Ruins site that is now known as Urasoe Daikouen (Urasoe Big Park), and see royal tombs called Urasoe Youdore. The Needle rock in the park is familiar to locals as “Tametomo iwa” or “Wakarijii.” 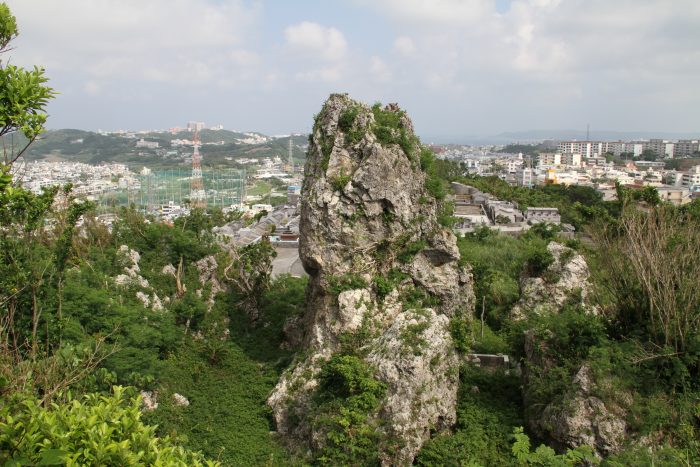 The Needle rock in the park is familiar to locals as “Tametomo iwa” or “Wakarijii.