Katsuren Castle was built around the 11~12th century and has been the focal point at one time in Okinawa’s history. One Okinawa’s great lords, Lord Amawari, had presided over the castle around the 15th century. 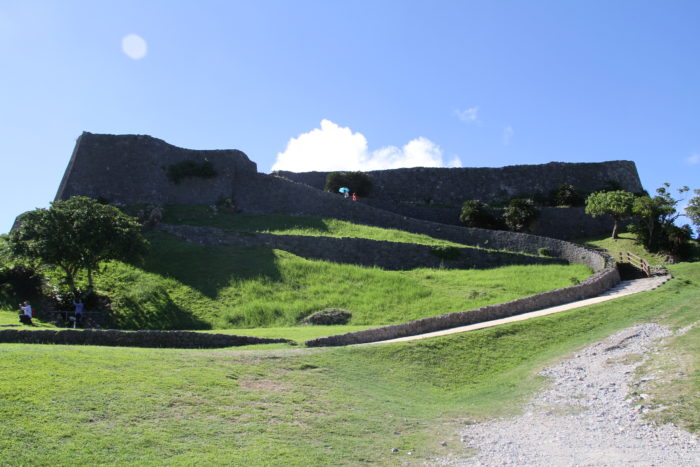 He was thought to have a less-than-average childhood. Due to his poor health his parents had disowned him. He had managed to survive on his own for long time till he was able work for members of Katsuren Castle.

It was around that time, when the 9th Lord of Katsuren, Lord Mochizuki, had mismanaged his region into chaos. A coup would ensue led by Amawari and a few others, eventually overthrowing Lord Mochizuki. Amawari’s attempt was successful, and he would become the 10th Lord of Katsuren. During his tenure, Katsuren flourished, mainly due to its geographical location being on a peninsula. With this in mind, Lord Amawari facilitated ocean trade with countries like then mainland Japan, China, and Korea. 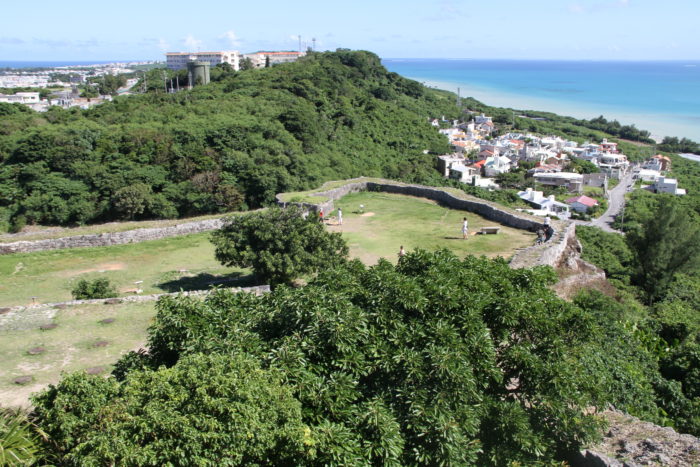 From past to present, the geographic view from the Katsuren Castle remains impressive.

His success would come under scrutiny however, by the Ryukyu King, King Sho Taikyu, who realized Amawari’s rise in power. This realization would ultimately urge the King to marry off his daughter, Momoto Fumiagari, to Amawari in order to establish peaceful relations. However, this did not lessen King Sho Taikyu’s concern for Amawari. So as a matter of precaution, the Ryukyu King had one his most trusted retainers, Lord Gosamaru, move from Zakimi Castle to Nakagusuku Castle as a means to keep Amawari at bay. Nakagusuku Castle was ideal in that it stood between Katsuren and Shuri. This would be the protective wall should Amawari ever decided to mount an attack against the King. 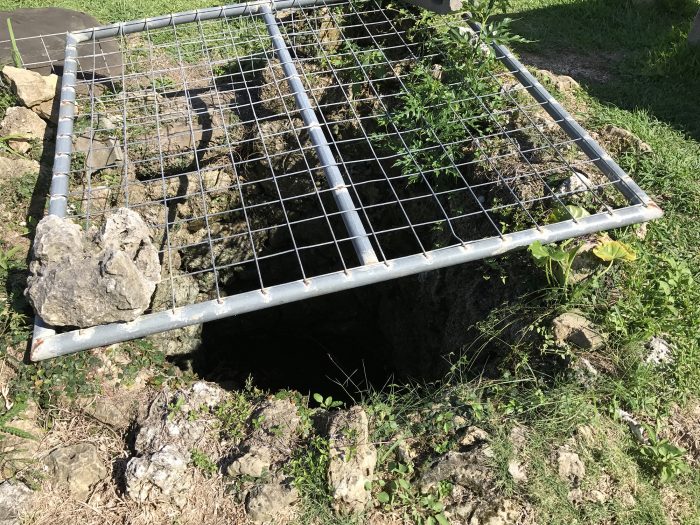 One of many water springs that still remain in the castle area.

In a strange turn of events however, Lord Amawari had managed to convince the King that it was Gosamaru who was actually aiming to make a coup against his lordship. The King bought into Amawari’s deceit and sent him along with his army to attack Gosamaru and his men. However, upon seeing the King’s men approaching, Gosamaru did not put up a fight. His loyalty and trust in the King forbade him to do so. As a result, Gosamaru, in a final act of honor, would commit suicide. This battle between Amawari and Gosamaru would become one of the Ryukyu Kingdom’s most epic stories of all time. 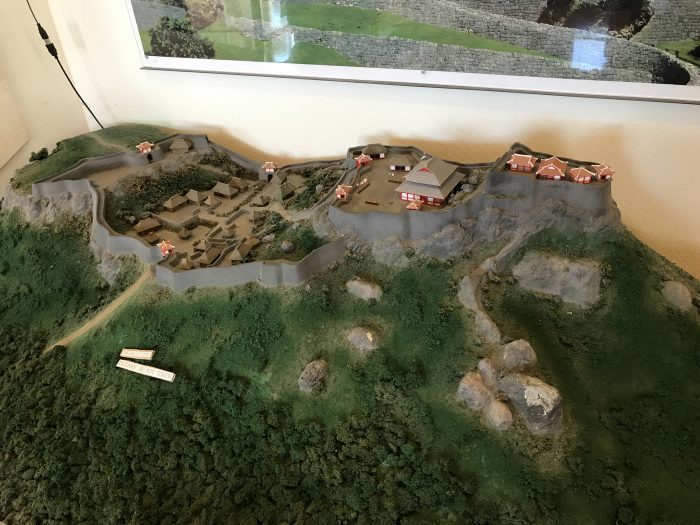 This miniature set of Katsuren Castle gives you a glimpse of the its existence during the old days of the Ryukyu Kingdom.

However, the story would offer another twist. Amawari had plans to take over the kingdom all along. The King had gotten wind of this and in a preemptive move sent his army to attack Amawari and his men. Amawari was killed, never to see his ambition come to light.

The days of Katsuren would be no longer. But the question remains, how did the King know Amawari was staging an attack on Shuri? One tale has it, that it was Amawari’s wife! Indeed, in an ironic twist of fate, it would be the King’s loyal daughter, Momoto Fumiagari, that would sell her husband out.