Waitwui is a road once used heavily by farmers. It is well known for its rock walls features on both sides. The road is located in Henna District of old Katsuren town. 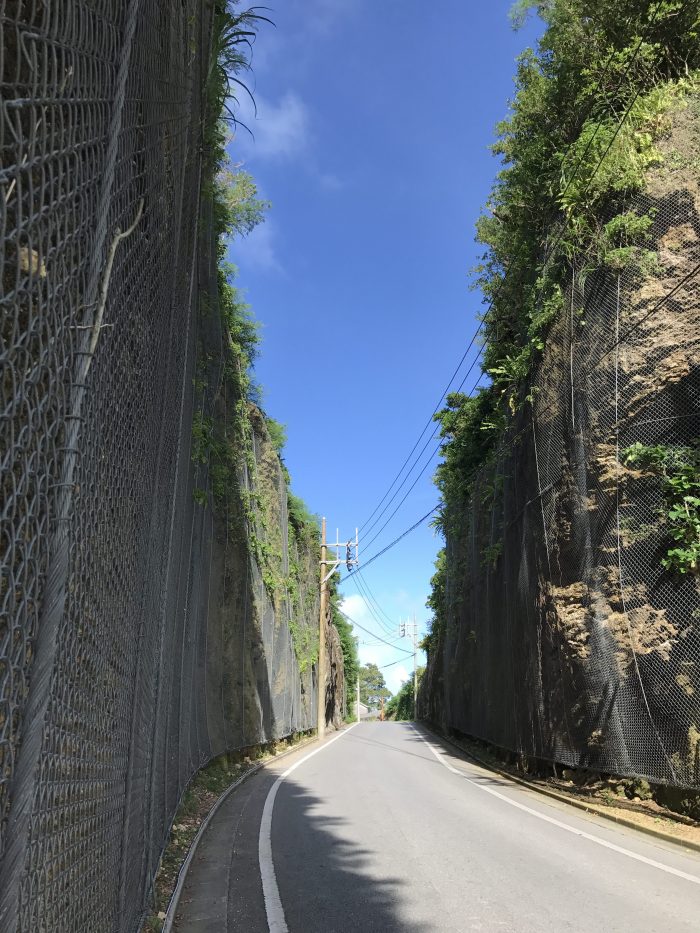 Long ago, locals dug out earth from this cliff in order to make a road.

The road was actually cut out by hand to make it easier for farmers to get to the other side. Prior to that, people used to climb over, however, due to its height and steepness this became a dangerous venture. So in 1932, locals starting digging it out by hand using iron-made tools. Three years later done the road was complete. Waitwui means “split and take out” in Okinawan dialect. The road is a 150m long and the highest point reaches to about 20m.

In the 1700s, Chobin Heshikiya was assigned to the Heshikiya district by direction of the Ryukyu Kingdom government. While there he had an irrigation pond made for the local people to ease the burden of drought in the area. 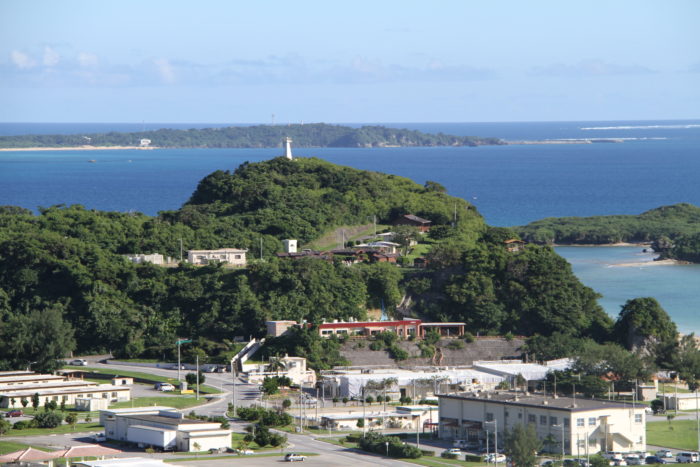 The soil dug out from the pond was used to make a hill nearby, and it became a viewpoint observatory called “Heshikiya Takinoo”. The view from the hill is excellent and is located on the upper side of White Beach Naval Base. Today, the pond is no longer in existence.

Heshikiya Sugar Factory was built in 1940 by the local sugar association. There were 3 of chimneys made by bricks but 2 of them were destroyed during the Battle of Okinawa, and now only one remains standing. 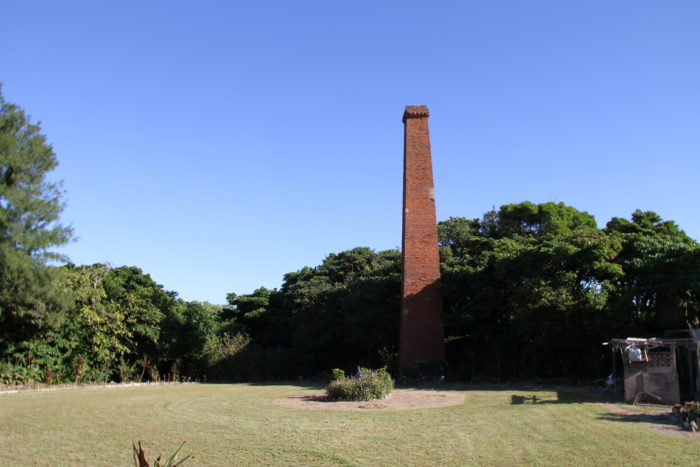 Only one chimney smokestack remains from a sugar factory ruin after the Battle of Okinawa.

Heshikiya Eisa is a very famous Eisa style of dancing in Okinawa. Sometimes it is called ‘Dento Eisa” which means traditional Eisa. It is not as flamboyant like most typical Eisa’s seen throughout the island. 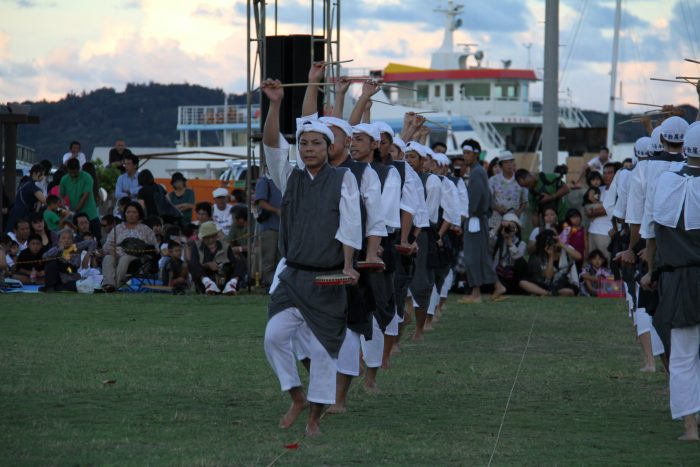 Heshikiya Eisa is one of the most traditional versions of Eisa performances.

Male dancers perform in their bare feet and use only the small “Parankuu” drums.