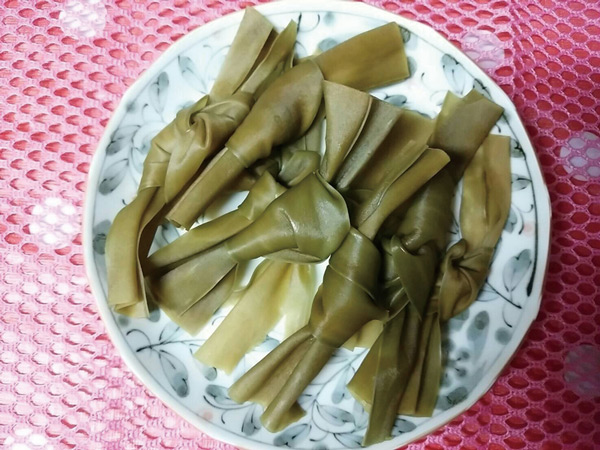 Konbu, or Kuubu in Okinawan dialect, was not originally a part of the diet in the Ryukyu Kingdom, because it grows in the seas of colder climates like the northern parts of Japan. However, now Okinawans eat it more than anyone else in Japan.

It’s a good match to local Okinawan foods, such as Okinawa soba and Kuubu-irichi that is sautéed slices of kelp. Usually, it’s sold dried and needs to be soaked for a while before cooking. It’s also usually served tied in a knot to make it easy to eat.