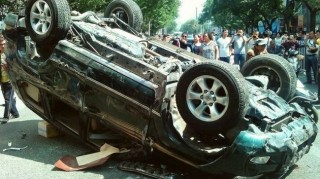 Sales of Japanese cars have been hit hard in China in the wake of violent demonstrations after the dispute over the sovereignty of Senkaku islands broke out.

Japanese automobile sales in China dipped sharply in China last month as the anti-Japan demonstrations over the Senkaku Islands swept across China.

Sales by Fuji Heavy Industries crashed 64.5% compared with a year ago to only 1,857 units sold.  That works out to a 50% month-on-month plunge.  “We have been unable to conduct marketing activities in China,” says a Fuji Heavy official who notes the anti-Japanese demonstrations took precedence.  Fuji says its overall sales remain strong because of both domestic and U.S. sales.

Mitsubishi Motors reports its sales dropped 62.9% to only 2,340 vehicles in September, while Mazda Motor Corp., reports its sales slipped 34.6% to 13,258 units.  Suzuki Motor Corp., which builds cars in Chongquing, China, has cut back to daytime hours only in recent weeks, but says it is resuming a normal two-shift system.