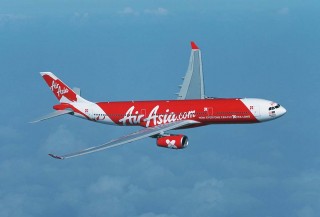 Responding to appeals from frequent flyers to have a bit of peace and tranquility on long distance flights, Malaysia’s budget carrier Air Asia says it will institute a new “quiet zone” that are kids-free.

Air Asia says the first seven rows on all Air Asia long haul flights will be restricted to passengers age 12 and older, beginning in February.  The cost of having  a seat in the quiet zone, says an airline official, will be the same as the $11.35 charge for picking specific seats, or the 110 ringgit ($35) it costs to choose a seat with extra legroom.

The carrier, with hubs in Malaysia, Thailand, Japan and Indonesia, is Asia’s largest budget carrier, with the long-haul arm established five years ago to serve routes beyond the core market.  “We know that sometimes all you need is some peace and quiet for a more pleasant journey with us,” the low-cost carrier announced on its website.

Rival Malaysia Airlines last year stirred controversy when it banned infants from first class cabins on Airbus A380 super jumbos, which it began flying this year.  The flag carrier said it realized the move would result in loss of some revenue, but it had received many complaints from important passengers about noisy infants.