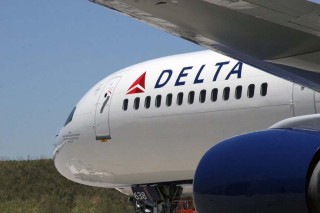 Delta Air Lines wants to expand its presence in Asia, and is turning to a new relationship with Alaska Airlines to make it happen within a year.

Initial plans call for adding flights between Seattle and Shanghai starting next June, and a new flight from Seattle to Tokyo-Haneda in March.  Delta is teaming with Seattle-based Alaska Airlines for the Asia service.  Already, Delta customers have access to 50 markets through the Alaska Airlines connections, while Alaska customers have access to about 60 U.S. cities served by Delta.

Delta says it will add a fifth non-stop daily flight between Seattle and New York’s JFK International Airport next June, affording travelers additional international connections.  From JFK, Delta flies to 40 international destinations in Europe, Africa, Latin America and Asia.  Delta had canceled plans for the Tokyo-Haneda flights last year after the Great Tohoku Earthquake and Tsunami in Japan, but says the business climate is improving.  It currently operates non-stop service to Beijing, Tokyo and Osaka.

By next summer, more than 40 daily flights to 15 destinations will fly from Seattle.