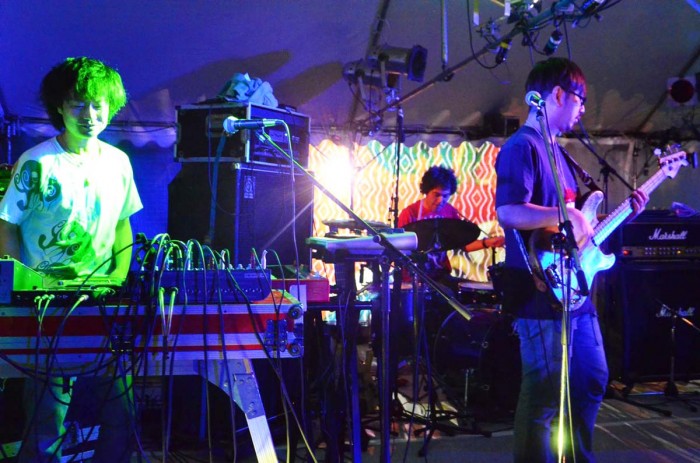 More than a dozen performers and bands entertain on stage throughout the event creating an atmosphere that “connects people over all bias, prejudice and values,” accoring to organizers.

It’s not until both artists and audiences get together than music and art can be complete, and the organizers of the Zanpa Jam 2012 know that better than anyone.

Zanpa Jam 2012 is coming up November 17th and 18th, running 11 a.m. ~ 9 p.m. both days, and featuring more than a dozen performers.  Organizers say they realize it is people’s communication that helps artists express their images by using colors, sound and languages, and audiences absorb that by seeing, listening and feeling.  That’s why they believe original art was the handmade form of local artists, produced in a way that local residents enjoyed. 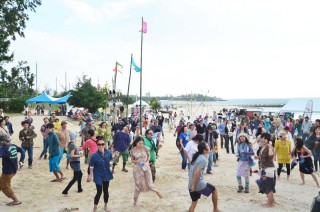 “We believe that the creation of rich culture is born by such a cultural environment,” is how the Zanpa Jam executive committee explains the event, noting it’s theme this year is “Let’s create local culture and its network.”  The committee has recruited many of Okinawa’s top artists, pointing out that “only insiders would know most of them because those artist don’t have continuous places of expression.”  To that end, organizers note that musicians re working specific genre in Okinawa, and “if we only have mass media, major market and music and art that is based on them, rich art culture cannot be created.  It’s not until you touch a living art which surrounds you that it roots as culture.”

“Jam” of “Zanpa Jam” means a festival where people mix everything and enjoy themselves.  Yohei Miyake asks “Can we make the society that people can keep their own pace?  I think we can.”  He points out that “since the earthquake and Fukushima accident happened, it appears various senses of values have emerged.  As we shudder with them, we still are getting mixed messages and going forward to the big purpose, understanding each other.” 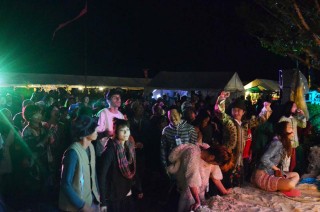 Miyake says “we want you all to jump in new ideas and renew yourself positively, not expecting changes but noticing you can be a driving force that creates change.  We believe that dance and music can be at the center of all values, and will make this festival that connects people over all bias, prejudice and values.”