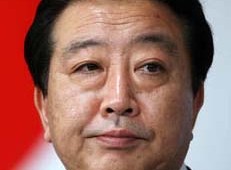 Japanese Prime Minister Yoshihiko Noda says he is willing to dissolve the House of Representatives, the lower chamber of the Diet, or parliament, on Friday for a snap election.

During debates with Liberal Democratic Party President Shinzo Abe at the Diet, Noda said, “I can dissolve the lower chamber on Friday” if the opposition promises to enact a bill on a proposed cut in Lower House seats allotted through proportional representation during the next ordinary session, seen starting in January.   Noda made a similar proposal to New Komeito leader Natsuo Yamaguchi.

It didn’t take long for action.  Following the debates, executives from the LDP, Japan’s biggest opposition party, agreed on Noda’s proposal. “We will cooperate fully,” Abe said in a speech given at a conference in Tokyo.   It is unusual for a Japanese Prime Minister to tell the Diet clearly when he plans to dissolve the all-important chamber. If the house is dissolved on Friday, the ballot day is likely to be December 9th or December 16th.

During the Diet debates with opposition leaders, the first since the current extraordinary Diet session began late last month, Noda sought the early enactment of bills to reduce the number of Lower House single-seat constituencies to narrow vote-value disparities and a cut in the number of proportional representation seats. The Supreme Court has declared the current gap as “a state of unconstitutionality.”

Earlier on Wednesday, Noda’s ruling Democratic Party of Japan submitted legislation on the reforms to the 480-seat Lower House. The legislation calls for reducing the number of single-seat constituencies in five prefectures, cutting 40 proportional representation seats and partially introducing a system that would handicap parties winning large numbers of single-seat constituencies.   During the Diet debate session, Noda also asked for the enactment of a deficit-covering bond bill crucial to the implementation of the fiscal 2012 budget by the opposition-controlled House of Councillors by Friday.

At a meeting of their Diet affairs heads at the Upper House, the DPJ, the LDP and New Komeito agreed to allow the chamber to pass the bond bill on Friday.   After Noda’s words on the possible schedule for the Lower House dissolution, DPJ executives including Secretary-General Azuma Koshiishi decided to speed up preparations for a general election.  “The prime minister said he wants to dissolve (the Lower House) on Friday. He will not withdraw the remark,” Koshiishi said.

But discontent with Noda’s decision is brewing in the ruling camp, made up of the DPJ and the People’s New Party, amid falling public support for the Noda cabinet and the DPJ.   At a key meeting of DPJ lawmakers on Tuesday, many members objected to the possible dissolution of the Lower House by year-end. Koshiishi informed Noda that many DPJ members were against an early election.   On Wednesday morning, a group of medium-ranking and senior DPJ lawmakers including former land minister Akihiro Ohata and former industry minister Banri Kaieda handed Koshiishi a letter to Noda and Koshiishi. “It is not time to create a political vacuum as the economic outlook is becoming uncertain,” the letter said.

Another issue for Noda is internal party opposition to his attempt to include Japan’s participation in Trans-Pacific Partnership free trade negotiations into the DPJ’s campaign platform for the apparently imminent Lower House election.   Former agriculture minister Masahiko Yamada, who leads a team of anti-TPP members in the party, also visited Koshiishi to underscore his group’s opposition to an early election and Japan’s TPP participation.   Shozaburo Jimi, head of the People’s New Party, told Noda around lunchtime on Wednesday that the government should focus on compiling a supplementary budget to shore up the economy instead of dissolving the Lower House.