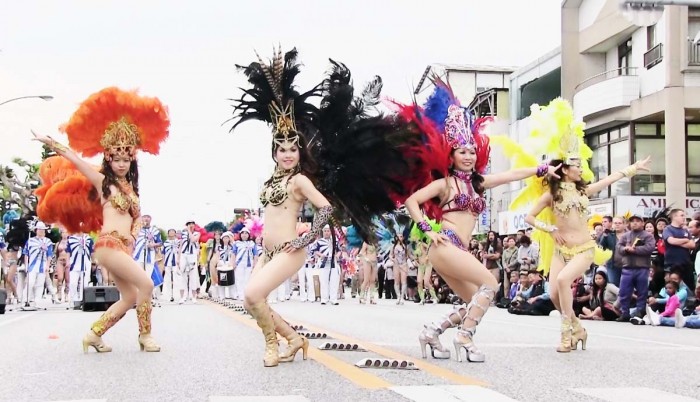 Okinawa will experience a piece of Rio when the Samba Carnival gets under way on Friday and Saturday in Mihama and Okinawa City.

A two-day Samba Festival gets the music moving tomorrow evening in both Chatan and Okinawa City, entertaining and performing through Saturday.

Admission is free to the “Okinawa Samba Carnival”, the event that is independently held by “O Peixe Que Ri De Koza”. They organized participants from inside and outside of Okinawa. This is the 12thyear since the festival began, with the organizers deciding main themes and composing and recording songs by themselves every year. 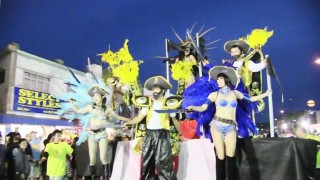 The Samba Carnival keeps expanding and has spread to Mihama and Okinawa City this year.

This year, they will express the beauty of traditional stain weave in Okinawa known as bingata. Bingata is one of traditional dyeing techniques representing Okinawa. 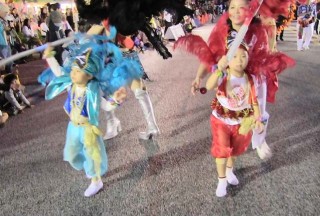 Samba is fun to dancers of any age.

Saturday kicks off with a parade in Okinawa City:

In the past, many U.S. base-related families have participated this carnival. If there is someone who wants to join this carnival next year, please contact the organizers at opeixe38@hotmail.com