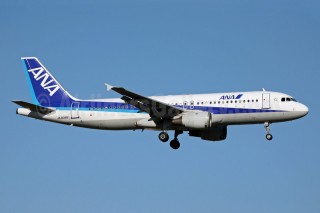 All Nippon Airways sees bright future as a result of its deal with United Continental of the U.S.

Japan’s largest air carrier is getting ready to get even bigger as it teams with United Continental Holdings in coming weeks.

All Nippon Airways says it expects to more than double sales as a result of the new deal, with Asia-Americas flights “conservatively generating ¥4 billion ($48 million) in extra revenue before the end of March.  By comparison, ANA says its current relationship has netted ¥1.6 billion for the almost nine months of the fiscal year.

The ANA venture with United includes flights from Japan to Hong Kong, Singapore, Thailand and the United states, a total of 26 routes.  Coming up will be additional Tokyo-San Jose service and the possibility of a Denver-Tokyo route next year.  ANA says its connecting passengers from United flights increased 40% in the six months ending in September, as compared to the year before.

Executive Vice President Keisuke Okada says the new venture has antitrust immunity, following the 2010 signing of the U.S. ~ Japan Open Skies Agreement.  ANA points out its North American and European routes have increased 14% this year, offsetting an Asian travel slump caused in part by the dispute over the Senkaku Islands in southwestern Okinawa.