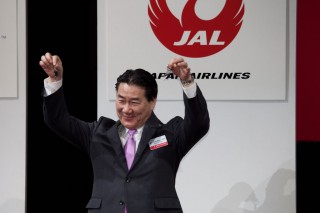 JAL officials have a good reason to smile and celebrate this holiday season as they look at their reservation books.

The economy’s up a bit, and that’s enough to get people traveling again, with tens of thousands planning to travel during the Christmas ~ New Year holiday period.

The Japan Air Lines Group says it expects a total of 401,928 passengers to  be traveling on its international flights alone during the period beginning tomorrow and running through January 6th.  Current reservations reflect a 10.2% increase in travelers to and from Japan, compared with last year.  The JAL Group says it has increased the number of available seats by 7.6% to accommodate the travel boon.

The airlines of JAL have added 19 extra flights –some scheduled and some charter—to Anchorage, Hawaii and Palau.

Within Japan, JAL has 1,280,583 passenger bookings for in-country travel this season.  It’s limited somewhat by a reduction of 1.7% in the number of available seats.  Still, the airline says its overall domestic flights load factor is up six percentage points, traveling at 57.5% capacity.

Flights to Okinawa and Hokkaido, in particular, are traveling with significantly higher load factors.  JAL Group is operating an additional 12 domestic flights to meet demand on popular Okinawa routes.