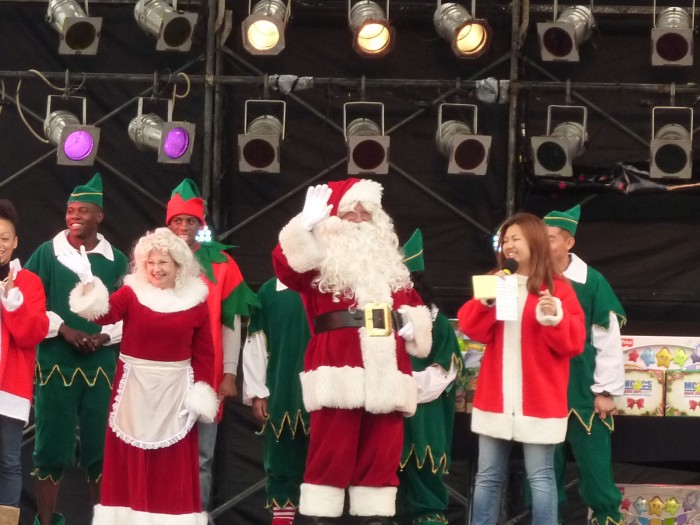 Santa and Mrs. Santa are the king and queen of the Courtney Christmas Fest year after year. (Photo courtesy of MCCS)

The jolly man in the red suit is making his Okinawa debut this weekend at the Courtney Christmas and Holiday Festival.

Christmas is just around the corner and whether the stockings have been hung with care, or not, MCCS is ready to spread some holiday cheer. The 19th Annual Courtney Christmas and Holiday Festival will take place Saturday, December 8th and Sunday, December 9th from 2 to 10 p.m. at the Camp Courtney Commissary/PX complex. This free event is geared to all ages and will provide plenty of merriment this Christmas season.

Santa Claus will make appearances both Saturday and Sunday at the festival, planning to greet all the good little boys and girls during the camp’s annual holiday festival.  Parents are encouraged to bring cameras to capture jolly Saint Nick as he chats with their children. 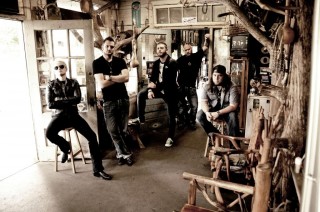 The 19th annual event sponsored by Marine Corps Community Services has top-notch entertainment on tap, a performance by the alternative rock band Saving Abel on stage at 8 p.m. Saturday.

A wide variety of entertainment options are available for kids, and culinary delights abound from the dozens of vendors during the festival, including traditional American foods as well as Okinawan and Japanese.  There will also be entertainment and souvenir vendors.  Organizers remind festival-goers to leave pets, outside alcohol, bottles and coolers at home, as they are not permitted on the festival grounds.

MCCS will be giving away plenty of prizes for everyone during this year’s festival. One lucky winner will win roundtrip tickets from Tokyo to Los Angeles courtesy of United Airlines. SOFA personnel 18 and older can sign up at the united Airlines booth 2 – 6 p.m. both days. There will also be plenty of toy giveaways sponsored by Mattel and other prizes complements of the Okinawa Enlisted Spouses Club.

Admission to the festival is free and open to all SOFA status and local nationals. No one will be admitted with pets.. Picture I.D. is required at the gate.