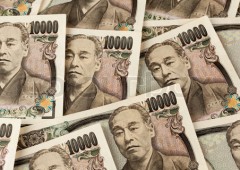 The yen tumbled against other major currencies in early Monday trading following a sweeping election victory by the Liberal Democratic Party, whose leader, Shinzo Abe, is a staunch advocate of aggressive monetary easing by the Bank of Japan.

The LDP won 293 of the 480 Lower House seats in Sunday’s general election, setting the stage for taking the reins of government for the first time in three years and three months.

In the party’s election campaign, Abe vowed to pull Japan out of deflation and correct the yen’s strength partly through bold monetary easing by the BOJ. “The LDP’s landslide victory came in line with market expectations,” a Japanese bank official said, adding that attention should be paid to whether traders will move to lock in profits by buying back the yen.