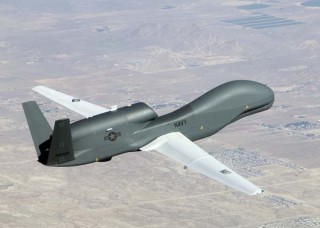 Japan is reportedly considering the purchase of Global Hawk spy drones to counter Chinese in the Senkakus.

The growing tensions between China and Japan over the disputed Senkaku islands, owned and administratively controlled by Japan, but claimed by China, has caused Japan to consider using U.S. Global Hawk spy drones “in a bid to counter China’s growing assertiveness at sea, especially when it comes to the Senkaku Islands.”

The unnamed government officials note Beijing’s been repeatedly sending maritime patrol vessels into the waters of southwestern Okinawa Prefecture.  China is demonstrating its ability to venture into, and out of, the area at will.  Reports over the past week have counted a half-dozen ships intruding into Japanese waters.