And this week’s winners are… 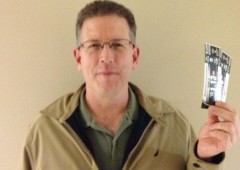 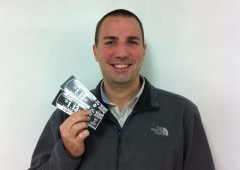 This week we have two winners instead of the usual one as we raffled away two prizes. Dan R. Daniels and Jason Wright both won a pair of tickets to Ryukyu Golden Kings’ basketball games.

Dan is from Oregon City and has lived on Okinawa past six years, and plans to stay “hopefully forever.” He adds that his wife is an Okinawan “so there’s nothing more to say.”

His favorite local foods are tofu and fuu champuru, and also taco rice. He lists his favorites on the island as “Weather, ocean and local nationals, but not necessarily in that order.”

Jason Wright is from Saginaw, Michigan, but has lived on Okinawa since 2,000. He says that he’s scheduled to leave the island in Aug. 2014, but is hoping to be able to stay.

He likes the island for almost the same reasons as Dan, and even his favorite food is taco rice. He adds that Okinawa has so many events and beautiful places to see and experience that he actually does not miss traveling elsewhere, at least for now.