Japan and the United States will soon begin discussions on a planned revision to the guidelines for their defense cooperation. 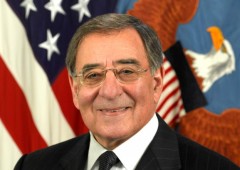 Foreign and defense ministry officials will gather in Washington around mid-January to mark the start of the two nation’s full-fledged talks on the revision, according to the sources familiar with Japan-U.S. affairs.  As China is expanding its maritime activity and military capabilities rapidly, the focus of the discussions will be how the revised guidelines should define the roles to be shared by Japan and the United States in the field of intelligence, surveillance and reconnaissance (ISR), the sources said.

Ahead of the bilateral talks, Japanese Defense Minister Itsunori Onodera and U.S. Defense Secretary Leon Panetta will hold telephone talks to confirm the need for the two nations to deepen their security alliance.  Main participants in the upcoming discussions on the guidelines will be division heads and equivalent officials, who will concentrate on work to identify key points at issue. 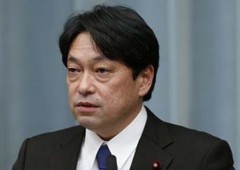 The outcome of the bilateral discussions will be announced later this year at so-called Two-Plus-Two talks among foreign and defense ministers from Japan and the United States.  After this, the two nations will discuss the language of the revised guidelines. Sources say all work related to the planned revision is expected to finish in 2014 at the earliest.

The ISR is a relatively new concept in defense cooperation intended to cover situations that are neither peace or emergency, such as any contingency in or around Japan. In the United States, officials want Japan’s Self-Defense Forces not to limit their activities in areas such as waters around the Senkaku Islands in its Okinawa Prefecture, which are East China Sea islands and are claimed by China, and to serve outside Japanese territory.

Another key issue for the planned guideline revision would be how to enhance cooperation in their responses to cyber-attacks and in missile defense.  Taking into account U.S. military realignments over the past few years in Japan, the revised guidelines are seen including expansion of joint military drills and enhanced sharing of military facilities.

The results of the discussions will be reflected in Japan’s national defense guidelines, which will be reviewed under the instruction of new Prime Minister Shinzo Abe. Washington will include the discussion results in its quadrennial defense review report anticipated for around 2014.  After the two nations revise the defense cooperation guidelines, they will move on to work to make necessary amendments to their domestic laws and compile detailed plans on defense cooperation.

Japan and the United States agreed to revise the defense cooperation guidelines at a meeting of their defense ministers in August 2012.  The two nations wanted to start the full-fledged talks last December, but did not do so because of North Korea’s ballistic missile launch and Japan’s change of government.