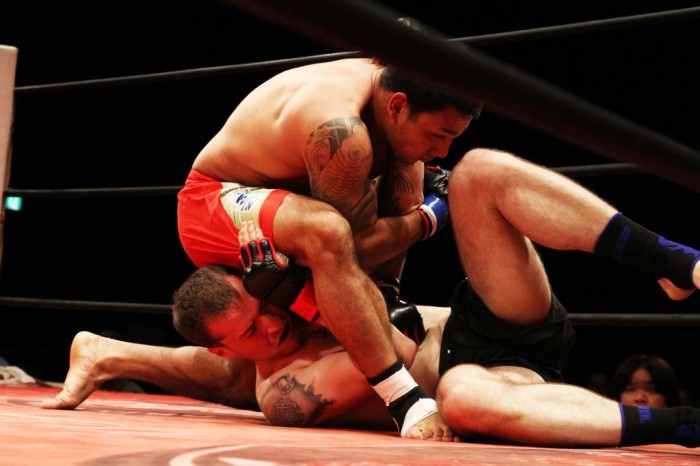 The largest fighting event in Okinawa, the “Tenkaichi Super Fight” makes its first appearance of the year March 3rd in Okinawa City.

This fight featuring four main events, will be the largest ever, kicking off with a bantam weight match under 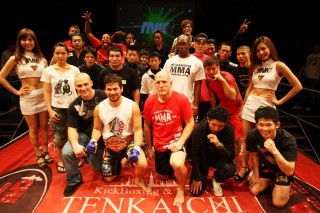 kickboxing rules. The bantamweight class champion in Okinawa, Maki, will fight Buriburi-zaemon, a fighter from mainland in Japan who is a member of a strong fighters’ group called NJKF. Buriburi-zaemon is the 6th contender of the group now, and he was the champion in the past.

Maki has fought fighters who were 2nd and 1st on the contender list before, and he lost each match.  Maki really wants to win one of the group’s fights, and the match this time is his revenge match.  After this succession of losses, he concedes he can’t afford to lose even one more bout!

The second main event is a bantamweight match on MMA rules.  The Okinawa bantamweight champion, Yuuta Yamashiro, fights Haruki Yamashita of mainland Japan.  In recent bouts, Yamashiro has five wins and one tie under his belt, and Haruki Yamashita has four wins. Neither of the fighters has experienced a loss, so one fighter of them will experience the first loss as a result of this match.  Yamashiro will face a fighter from mainland for the first time, so it is a point worthy of note whether Yamashiro’s technique will pass for mainland Japan level or not. 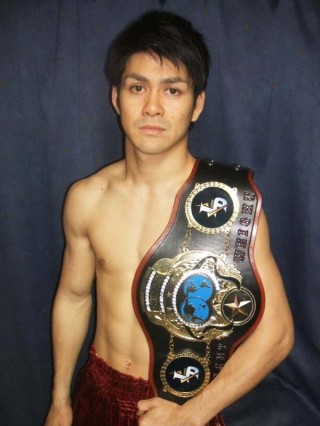 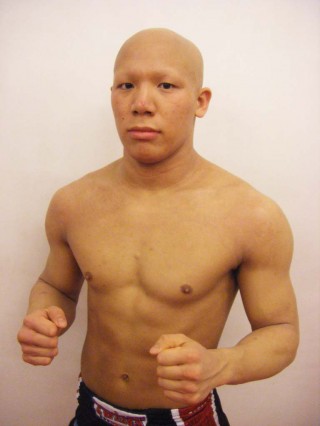 The third main event is a kick boxing match between an ex-champion lightweight in Okinawa, Hiroki Nakamura and the champion of under 63kg fighters’ group, called “Legend” in mainland, Masataka Maeda. Maeda was the 7th contender of the class in the WPMF group, a very high level fighters’ group. Hiroki Nakamura’s record is 17 wins with 13 of them knock-outs.

The fourth main event, and the biggest of the day, is a championship-deciding match of heavyweight class on MMA rules. The 2nd contender of the class, That Guy, will fight with a Judo fighter, Taishow. That Guy’s record is four wins and no losses, and all wins are TKO. He wanted to fight with the top contender in the class, but the number one fighter cannot fight this time because of a personal reasons.

That Guy will challenge championship match to be provisional champion.  Taishow is a Judo fighter, and he had fought in big fighting events, and has experience fighting a Judo gold medalist, Kousei Inoue.  That Guy is a wrestling fighter. So, the match is formed as wrestling versus Judo.

The representative of the sponsor Wild Seasar, Shikou Tomaru says “The main event will be a high level match for sure. Of course other matches will also be fantastic fights, so I think that visitors can see a lot of K.O. scenes in the matches this time.”

The Tenkaichi event this time has many American service personnel entered, so, all matches will be impressive! K.O. scenes will increase inevitably! “You must see the matches this time. We promise to give the best fights to you,” says Tomaru. 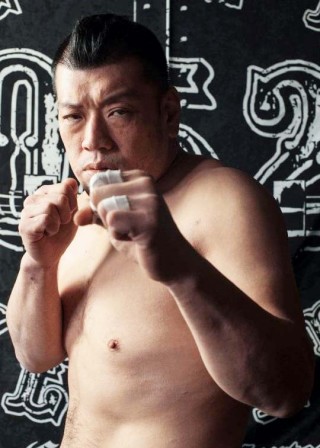 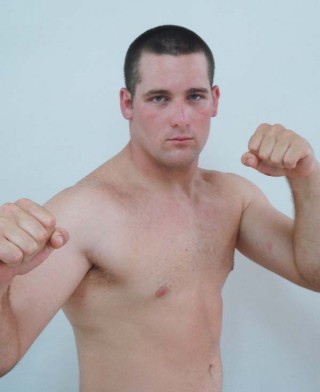