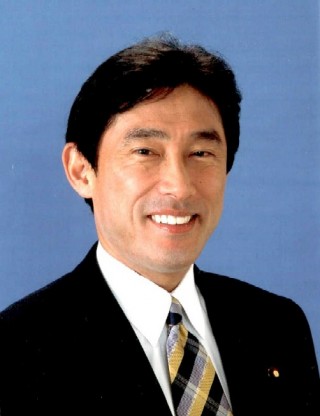 Fumio Kishida, the Minister of Foreign Affairs of Japan.

Japanese Foreign Minister Fumio Kishida has visited Okinawa, where he’s met with Okinawa Governor Hirokazu Nakaima to ask for his understanding of the central government’s plan to relocate the U.S. Marine Corps’ Futenma Air Station within this southernmost prefecture.

In the talks at a Naha hotel, Nakaima told the Foreign Minister he has promised voters that he will move the Futenma base, located in a densely populated area in Ginowan, out of the prefecture and ensure the return of the land used by the base and utilization of the returned land by locals. Kishida replied that the Futenma base must not stay as it is forever, in Ginowan.
He asked Nakaima to understand the plan to relocate the base to the Henoko district in of Nago City in line with a Japan-U.S. agreement. Kishida visited Okinawa Saturday for the first time since he became foreign minister in December last year.
While Kishida was visiting, Nakaima submitted to him written requests for measures to prevent crimes and incidents by U.S. servicemen and a review of the deployment of the MV-22 Osprey tilt-rotor aircraft in Okinawa. “We will take the requests seriously,” Kishida said, adding that the Foreign Ministry and the entire central government must listen carefully to the people in Okinawa to win their full trust.
Ahead of the meeting, Kishida and Nakaima had breakfast together.
Kishida also met with Ginowan Mayor Atsushi Sakima after inspecting the Marine Corps’ Camp Schwab in Nago, where a Futenma replacement facility is slated to be built, and the Futenma base. Kishida told Sakima he can see even more clearly the need to remove the danger posed by the Futenma base. Following the meeting, Sakima told reporters that it would be best if the base is relocated out of the prefecture.
The foreign minister wrapped up his Okinawa tour by holding a news conference in Naha. He underscored the importance of reducing Okinawa’s burden of hosting many U.S. bases while maintaining deterrence.