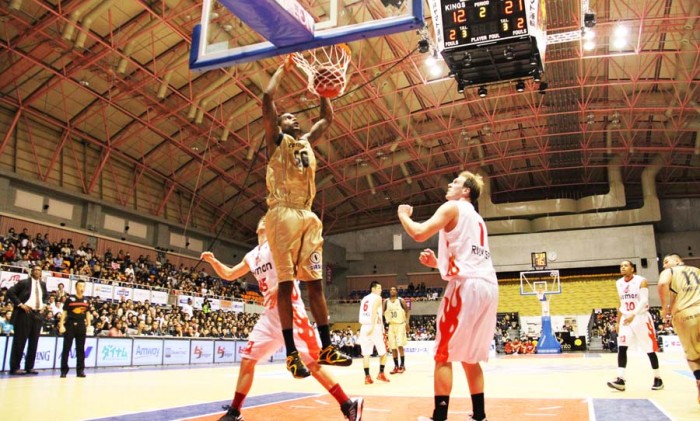 The Golden Kings won handily on Saturday, but barely edged their opponent in a nail-biter Sunday.

For three games in a row, the defending champion Ryukyu Golden Kings struggled, unable to make much of anything work, losing games that stunned them but at the same time rekindled the fire that brought them a weekend sweep over the lackluster Osaka Evessa. 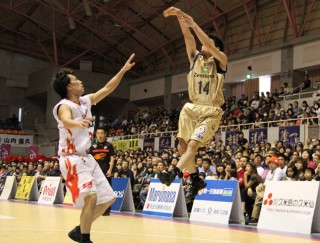 Rookie Ryuichi Kishimoto played his fist game for the Kings in front of the home crowd.

Sunday was a  different matter, with the Golden Kings having to hold off a surging Evessa squad to hang on for a 62-60 win.  Anthony McHenry, last year’s playoffs MVP, led the 22-6 Golden Kings with 19 points, seven rebounds and four blocks.  Dzaflo Larkai popped in 15 and hauled down 10 rebounds, while Jeff Newton scored eight points, eight rebounds and four block.  The Evessa dropped to a 7-21 record. 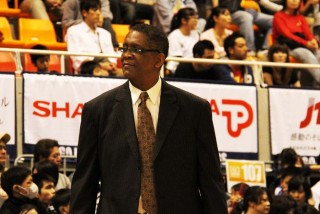 Elsewhere, teenager Yuki Togashi made his league debut with the Akita Northern Happinets as a rookie point guard, leading the squad to an 88-78 win over the hometown Toyama Grouses.  Not pleased, the Grouses turned the tables Sunday with an 86-78 win that pushed the Grouses to 19-11 in Basketball Japan League standings.  The Happinets are still in good shape at 16-12.  It was a good weekend for the Fukuoka Rizing, pulling off a pair of road wins from Tokyo Cinq Reves, 99-71 and 67-60.  Fukuoka is now 19-11 while Tokyo is 11-19.

The Susanoo Magic hit it off Saturday, upending the Kyoto Hannaryz 89-78 on Saturday, but found the tables reversed on Sunday.  The Hannaryz downed the Shimane squad 78-73 to put  their record at an even 15-15, while Kyoto is 19-11.  The Shinshu Brave Warriors snapped an eight-game losing streak to beat the Crane Thunders 85-74 in Saku, Nagano Prefecture, Saturday, but found the lowly Crane Thunders unpredictable.  The Gunma Crane Thunders improved to 6-24 Sunday with an 88-77 win, causing the Brave Warriors to drop to a comparable 6-24 record.

The Sendai 89ers found their way to the victory column Saturday, 75-69 against the Iwate Big Bulls, but the Iwate squad evened the score, 89-67, on Sunday.  The 89ers are now 11-17, while Iwate is 21-9 in the Eastern Conference.  The Yokohama B-Corsairs easily outscored the Saitama Broncos to take a 101-85 win from the hapless cellar squad.  Sunday wasn’t much better as Yokohama took an 86-82 win to run their record to 22-8, while the Broncos slide to 3-25.

The Takamatsu Five Arrows went to overtime Saturday night to pull out an 81-80 win from the Hamamatsu Higashimikawa Phoenix, but couldn’t get past the Phoenix a second time, losing Sunday 91-78.  Takamatsu is now 12-18, while the Phoenix are 21-11, right on the heels of the Ryukyu Golden Kings.  The Chiba Jets out-performed the Miyazaki Shining Suns, 85-68 in the first of two weekend contests, then clung to the lead to win the second match, 87-73.  The Jets are 16-12, unbeaten since the All Star break.  Miyazaki remains at the bottom of the ladder with a 4-26 record.