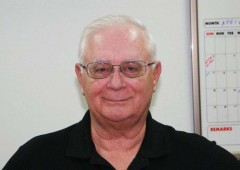 Some 200 delegates from the various chambers participated in the two-day conference in Taipei, Taiwan.  The Okinawa delegation was led by the president and the APCAC Chairman Ray Payne, as well as by Governor Mike Holland and Public Relations Chairman Michael Hertz.  The APCAC executives met a day before the main event, and again with a board meeting on the final morning.

The importance of APCAC was underscored repeatedly during the conference, but none more so than the  President of Taiwan’s appearance as the keynote speaker.  President Ma Ying-jeou spoke dynamically about the necessity for international trade, and Taiwan’s role as an east Asia leader.

Taiwan ranks 20th in international trade, and 26th of the world’s largest economies.  Ma noted the country’s real Gross Domestic Product rose 1.3% last year, and his economists are predicting a 3.6% increase in 2013.  An agreement with China in 2010 has made China his country’s largest trading partner, while China and Hong Kong together account for 40% of the country’s exports.

The Trans-Pacific Partnership, TPP, is a target for Taiwan, and now Japan.  U.S. Trade Representative Ambassador Demetrios Marantis praises the resumption of talks as “a new stage in our economic relationship.”

Okinawa’s contribution, a White Paper making “The Case for Special Economic Zones”, was well received by the APCAC leadership.   The paper called upon APCAC to design and establish Special Economic Zones in different countries, adapting concepts to individual nations’ needs.  APCAC Vice Chairman Tom Clark of Tokyo proposed adopting the paper at the APCAC level, and forwarding to the Asia Pacific Economic Cooperation (APEC), which meets in Jakarta this summer.  At the ACCO level, the White Paper project is being coordinated by Trade & Labor Committee Chairman Joe Thompson and APCAC Chairman Ray Payne.