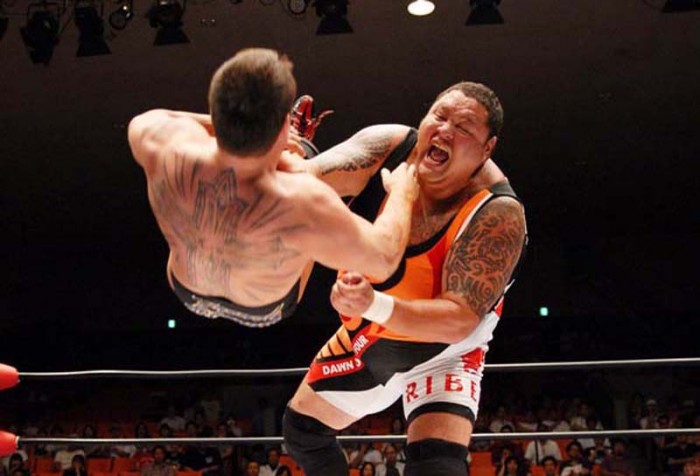 Former sumo champion Akebono is showing his prowess as a pro-wrestler.

Akebono’s moved from sumo to wrestling, and he’s on one of seven professional wrestling cards March 20th at Okinawa Comprehensive Athletic Park Gymnasium.

He’ll be wrestling one-on-one, while one of the most popular wrestlers in Japan and the U.S., Keiji Mutoh, goes into a three-on-three bout.  Mutoh and Akebono are the biggest draws in pro wrestling here, and the stars of the Professional Wrestling LOVE IN OKINAWA fights sponsored by All Japan Pro Wrestling.  Doors open at 3 p.m. for the 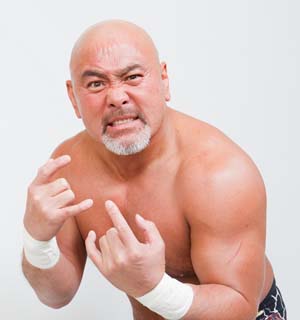 Keiji Mutoh is a Japanese wrestler who has achieved a fan base not only in Japan but also in the U.S.

wrestling that begins at 4 p.m. 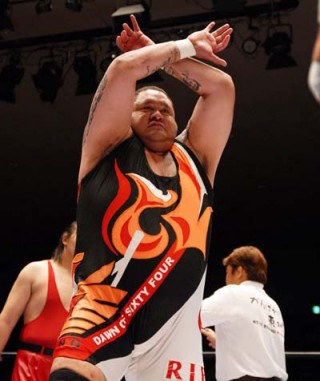 43-year-old Akebono is looking for a new career in pro-wrestling.

The 43-year-old Akebono Tarō was born as Chad Haaheo Rowan, and is a retired American-born Japanese sumo wrestler from Waimanalo, Hawaii. Joining the professional sport in Japan in 1988, he was trained by pioneering Hawaiian sumo wrestler Takamiyama and rose swiftly up the rankings, reaching the top division in 1990. During his eight years at the yokozuna rank, Akebono won a further eight tournament championships, for a career total of eleven, and was a runner-up on thirteen other occasions, despite suffering several serious injuries. Although his rival yokozuna Takanohana won more tournaments in this period, their individual head-to-heads remained very close.

Akebono became a Japanese citizen in 1996, and after retiring in 2001 he worked as a coach at Azumazeki stable before leaving the Sumo Association in 2003. After an unsuccessful period as a K-1 fighter, he is now performing for the All Japan Pro Wrestling promotion. 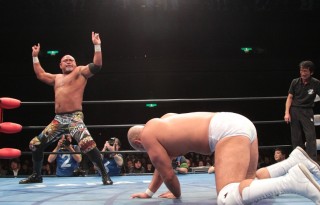 Keiji Mutoh is widely regarded as one of the greatest wrestlers of all-time.

for his work as The Great Muta in New Japan Pro Wrestling during the 1990s, but he has also competed in United States, Puerto Rico, Mexico, and Taiwan. He is a former President of All Japan Pro Wrestling, as well as being a full-time wrestler for the promotion since 2002. Mutoh is widely regarded as one of the greatest wrestlers of all-time, both in Japan and America.

A total of seven matches take place on the 20th, a Japanese holiday.  Aside from Keiji Mutoh’s three-on-three match, there will be four two-on-two matches and two one-on-one bouts.