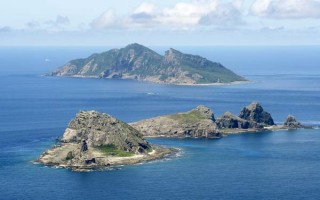 Chinese intrusions to Senkaku Islands have prompted the Japanese and U.S. governments to make contingency plans to defend the islands in case things get worse.

With China’s increased presence in the Japanese-controlled Senkaku Islands in southwest Okinawa Prefecture, Japanese and U.S. officials have begun making “worst-case” contingency plans on how to move if China takes steps to capture the islands.

China has been sending more and more surveillance vessels, military ships and aircraft into the region surrounding the disputed islets in the South China Sea.  “We have contingency plans,” says a U.S. official, “and we discuss them with allies.”  Speaking on condition of anonymity, the official described the actions as “only natural” that Japan and the U.S. would be considering various emergency scenarios.”

“We’re a planning organization,” says an American official at the Pentagon.  He’s confirmed that the two nations are in discussions.  He notes, though, that the U.S. government isn’t trying to increase tensions in the region, but says it is a topic for meetings taking place in Hawaii.  The head of U.S. Pacific Command, Admiral Samuel Locklear, is hosting General Shigeru Iwasaki, chief of Japanese Self Defense Forces Joint Staff, in today’s talks.

“The U.S. policy on the Senkaku Islands is long-standing,” says Lt. Col. Catherine Wilkinson.  “We encourage the claimants to resolve the issue through peaceful means,” noting “as a matter of policy, we do not discuss our military planning efforts.”  The U.S. has made clear, though, that its alliance with Tokyo applies to theSenkaku Islands, and increases the possibilities that U.S. military action backing Japan is possible if China takes measures against the islands.

Beijing has repeatedly sent maritime vessels, commercial vessels and military ships and aircraft into the area to support its claims.  China’s not happy at the reports, and again stated Beijing’s belief the islands are Chinese.  A Chinese Defense Ministry spokesman says “The determination and will of Chinese military forces to safeguard China’s sovereignty and territorial integrity are steadfast.”

China’s new President, Xi Jinping, vows to fight for a “great renaissance of the Chinese nation.  He has a close relationship with the military, and has tasked it with improving its training to be able to “win battles.”