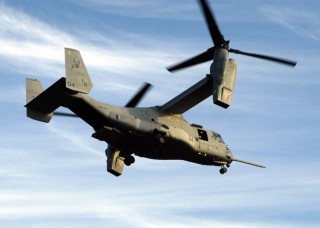 12 more Ospreys are scheduled to join the dozen that are already in service on Okinawa.

The 12 vertical-take-off-and-landing aircraft will follow the same path as the first dozen last year.  The U.S. had wanted delivery direct to Okinawa, but the central government, afraid of renewed opposition to the Ospreys, wants Iwakuni to be the site for assembly, maintenance and testing.

When the first Ospreys arrived at Iwakuni, they were grounded for nearly two months while the issues of safety were hammered out by the Japanese and U.S. governments.  Despite concerns about the safety record, the Ospreys were moved to Okinawa, where they are now in service.