Caroline Kennedy to be U.S. ambassador to Japan? 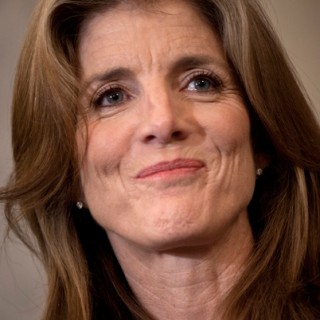 Caroline Kennedy, the daughter of the late President John F. Kennedy is widely expected to be named the next U.S. ambassador to Japan.

Excitement is mounting in political circles in Tokyo, amid reports that Caroline Kennedy, the daughter of the U.S. President John F. Kennedy assassinated in 1963, is heading to the post of U.S. Ambassador to Japan. A change in the post in Tokyo is expected to take place this summer, according to sources familiar with the matter.

The 55-year-old Kennedy, a longtime supporter of President Barack Obama, is reportedly being vetted for the position, and word is that an announcement of her new role could come any time.  She’s been involved with Obama and his political campaign machine since before he took on Hillary Clinton and the Democratic machine in 2008.

Appointment of Kennedy to the high profile position fits a long tradition of presidents naming high profile envoys to key U.S. ally Japan.  Among those are former Vice President Walter Mondale and former senators Mike Mansfield and Howard Baker.  Japanese are saying her assignment to Tokyo would bring “Camelot” to Japan. s

If she’s named to replace current Ambassador John Roos, a former Obama campaign donor, she would assume the post at a serious crossroads in diplomatic circles, with North Korea’s rambling threats against Japan, the United States, South Korea and other regional allies looming.  Other sensitive issues immediately on her desk would be dealings with the political hot potatoes of the U.S. bases in Okinawa and Japan’s entry to negotiations under the Trans-Pacific Partnership talks.

Some political observers think it could be a ruse, and that Kennedy could well be passed over for a more experienced veteran of international diplomacy.  However, others say the naming of John Kerry to the Secretary of State position could buoy her chances.  Kerry was a close ally to her uncle, the late Senator Edward Kennedy.

The White House and State Department are both mum on the reports, although neither is outright denying them.  Caroline Kennedy has been active in both political and public service realms over the years, at one point in late 2008 tinkering with the notion of running for the New York Democratic Senate seat vacated by Hillary Clinton when she accepted the Secretary of State post.  She pulled out of the race after her senior political credentials were questioned.

Most people remember Caroline Kennedy as the heartbroken little girl seen during her father’s funeral in Arlington National Cemetery.  She was out of the limelight until stepping forward to embrace Obama.  Years ago, she’d written in a New York Times piece that nobody could compare to her late father.  When talking of her relationship with Obama, she changed her tune to say “I finally have found a man who can be the president.”