And the winner is…  Anthony McHenry of the Ryukyu Golden Kings. 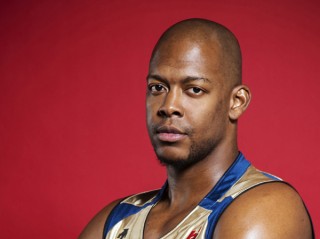 Anthony McHenry was named the Most Valuable Player in the bj-League season 2012-13.

Three days after the Ryukyu Golden Kings set a new league record with 42 wins against only 10 losses on the season, more good news came Okinawa’s way with the selection of Anthony McHenry as the 2012-13 Most Valuable Player in the Basketball Japan League.

McHenry, who played for Georgia Tech during his collegiate days, has been the team’s offensive sparkplug.  Earlier he was chosen to the Best Five team picked by BJL Commissioner Toshimitsu Kawachi, head coaches, a league selection committee and the players, who couldn’t choose players from their own team.  McHenry averages 16.1 points per game, as well as 2 steals per game and a rebounding average of just under ten per game.

There were more accolades for the Golden Kings, too.  Point guard Narito Namizato was chosen to be on the Best Five team along with McHenry.  The 23-year-old is a two-time All-Star.  Namizato averaged 11.5 points per game and was second highest in the league in assists, racking up 6.2 per game. Okinawa’s Terrance Woodbury, who leads the team in scoring with 17.6 points per game, was the Sixth Man Award winner.

Matt Garrison, head coach of the Niigata Albirex BB, was chosen Coach of the Year.  He’s led Niigata to a the playoffs with a 36-16 season record.  The 39-year-old Garrison is in his first season as head coach at Niigata, having moved up to coaching after playing for both the Albirex BB and the Takamatsu Five Arrows before retiring.