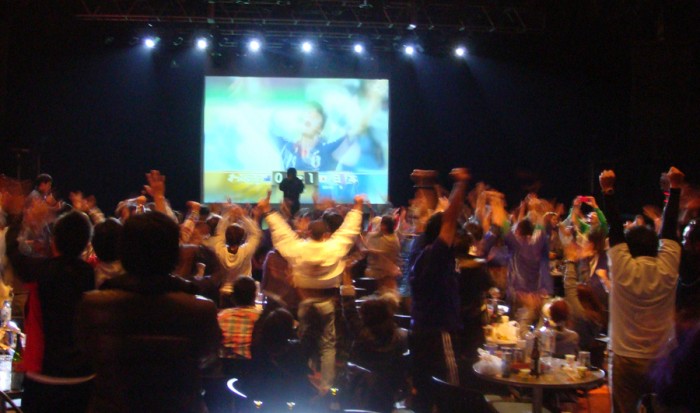 The excitement of Japan versus Australia in the 2014 FIFA World Cup qualification round of the Asian Football Confederation is promising to be an evening of excitement, and Koza Music Town is broadcasting the event live. 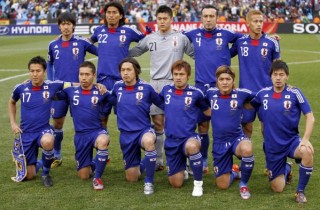 Japan World Cup team tries to secure a slot in the 2014 World Cup.

Admission will be free on Tuesday, June 4th, at Koza Music Town Oto-Ichiba’s 3rd floor Hall.  Doors open at 6:30 p.m. and kick off is projected for 7:30 p.m.  Admission is restricted to individuals 18 and older.  Food and drinks are prohibited from being brought in, and officials are encouraging spectators to refrain from drinking and driving.

The undertones of this event are massive.  If Japan achieves more than a draw against Australia, participation in the World Cup in 2014 in Brazil will be decided.  Since the game will be held in the Saitama Stadium 2002, if the participation is determined by this game, it will mark the first home game in Japan.  Although Japan holds the lead in group play, Australia has outstanding players with both strength and height, leaving the outcome up in the air.

Shinji Kagawa, who contributed to Manchester United, which won the Premier League of Britain this season, is participating for Japan, along with Yuto Nagatomo, who plays for Inter Milano of Italy, and Keisuke Honda, who plays for CSKA Moskow in Russia.  The two have just returned from injury status for this game, although officials say there’s still some uncertainty about Honda’s status.