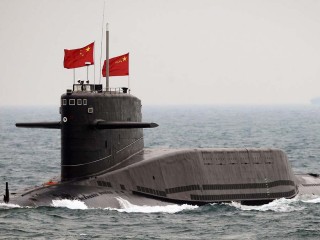 Japan’s Defense Ministry has confirmed that a submerged submarine has been spotted near Okinawa, but won’t say whose it is.

Japan’s Defense Ministry confirms a submerged submarine was spotted near Okinawa several days ago, but won’t spill details on whose country it comes from.

Defense Minister Itsunori Onodera says he knows what country the sub belongs to, and will tell that country to stop encroachments on Japanese territory.  At the same time, he refused to identify the country, saying “we will convey to them that we are fully aware of the sub’s identification, and urge restraint.”  An unidentified government source says, however, the submarine belongs to China.

“We need to share information among Japan, the United States and South Korea,” says Onodera, referring to the submarine’s discovery by a P-3C patrol aircraft belonging to the Maritime Self-Defense Force.  The plane detected the submarine in Japan’s contiguous zone south of Minamidaito Island.  Officials say the unidentified submarine did not enter Japanese waters.