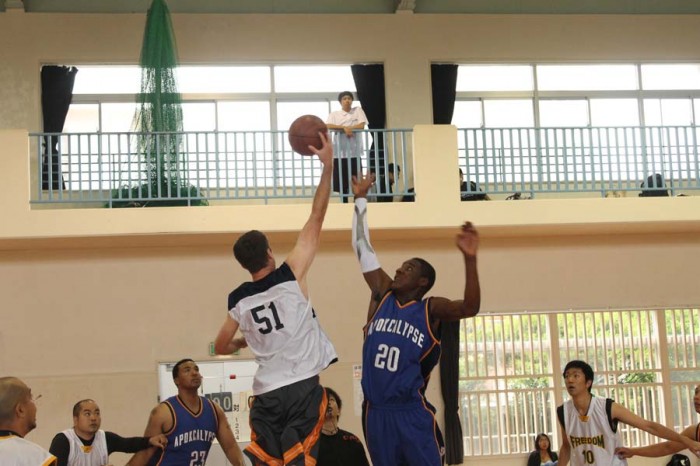 The O-League has grown from eight to 26 teams in three years.

The Ryukyu Golden Kings provide basketball excitement for Okinawa, but across this island, basketball is gaining stature with just about everyone.

Basketball is great entertainment for Okinawans, and the game is as much fun for locals as for foreigners, too. It’s safe to say, Okinawa is a great basketball island because of the influence of America. Kids’ basketball skills are really great, pushing junior high school or high school basketball to very high levels by Japanese standards. 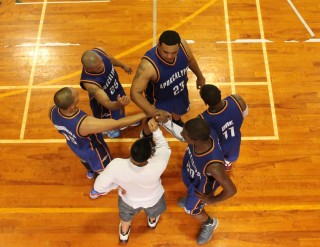 Any team can join regardless of nationality.

And it goes beyond the schools.  Many people love basketball just for the fun of it, and that’s why there are adult basketball teams throughout the island. Basketball is one of the most popular sports in the U.S. and that’s why a lot of foreigners might be surprised at the opportunities here.  The organizer of O-League basketball, Shun Oshiro, says.” I want to make a place where players regardless of nationality can exchange friendships by basketball.”  He adds “We really welcome anyone to join O-League basketball, from any country.  Whoever loves Basketball is welcome, but just one favor, please: include in the team at least one person who can communicate at least a little in Japanese if possible. We are trying to attract foreigner teams and want to play a game, but the problem is language right now, although we are trying to study.”

The O-League was established in 2012, because of Oshiro’s passion. Oshiro really loves basketball. He’s played basketball since he was a child and continued through high school, but he was injured and had to quit playing. Then after w while, he moved his passion when he saw the basketball played at the Araha Beach outdoor court. There were people who played basketball with friends, and various nationalities were playing together, so he decided to take on basketball one more time.

There was a basketball club association in Okinawa, but he wondered why it organized a tournament just one or two times a year, and if a team lost the tournament, the club activity for a year was done even though each team was paying a fee to the association to participate.

Oshiro asked his friends what they thought, and then proceeded to establish an original new basketball league, O-League in Okinawa. The biggest difference from the club association is the number of games. O-League consisted of eight teams in the first season, 11 for men and 4 for ladies in the second season and there are now 16 teams for men and 10 teams for ladies applying for the third season starting in July. The O-league plays at least seven games in open series, five games in the ladies’ series and everyone enjoys. Open series are for high level teams, the ladies series is for women players and the enjoy series is for those just wanting to have a fun and not take everything too seriously.

One more great feature for the O-League is its stats system. All games and all players stats are recorded, and announced at the O-League website. Rankings are there, so players and fans can find players’ shooting rates, rebound scores and more. That is really a good point for all players.

The league is now accepting teams only from central Okinawa because of logistics issues. However, the league wants to expand to all of Okinawa step by step, Oshiro says.

There’s a fee for joining for O-League, because the management of the league, staff and officials including referees don’t come for free.