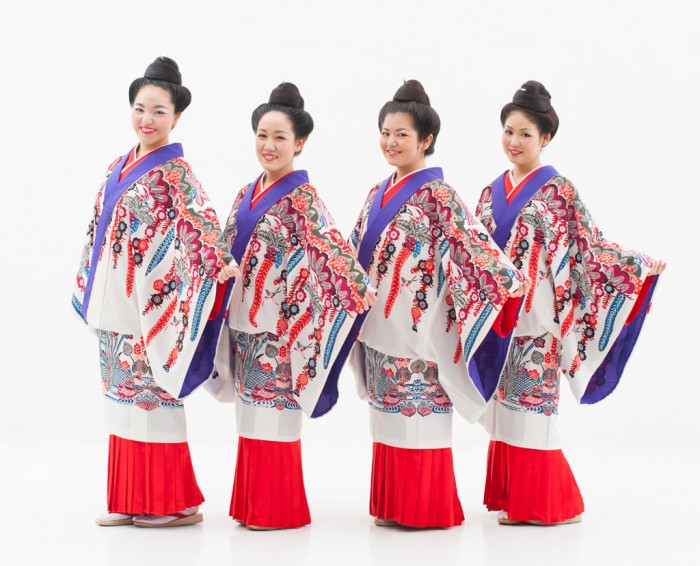 Anyone who likes traditional Okinawan folk music should not miss a performance by a group of four female singers who’ve been performing shima uta music for more than two decades. The group is called Nenees and their home base is Live House Shimauta on Kokusai Street in Naha.

Nenees was formed by Sadao China in 1990, and the four singers have been performing dressed in traditional Okinawan costumes with sanshin accompaniment ever since.  Nenees, which means “sisters”’ in the Okinawan dialect, will perform three sets each evening except Tuesdays. The live house is located on the third floor of the Okinawa-Ya Building in Makishi, Naha City.

Nenees is famous, and has performed live in various areas in Japan and overseas in addition to their regular performances in Naha. During their musical live shows, visitors can enjoy traditional Okinawa cuisine and drinks, which are not included in the performance entrance fee.

Nenees also performs with a backing band, Sadao China Gakudan. They toured Europe and played New York City in 1994. An independent release, IKAWU, landed them a recording contract with Sony Records and a collaboration with Ryuichi Sakamoto.