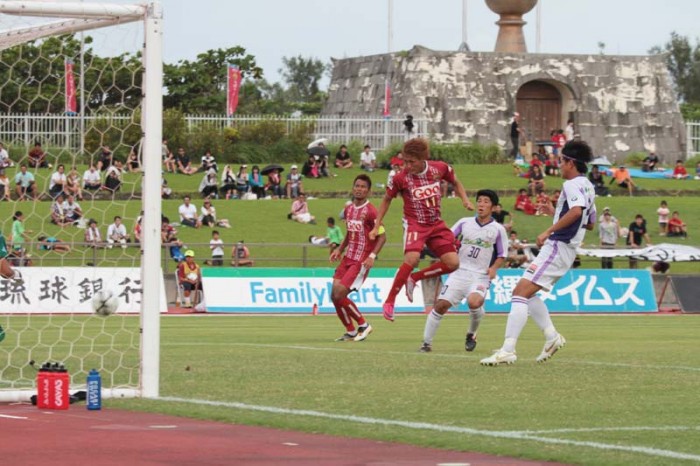 Okinawa Soccer Festival includes a match between FC Ryukyu and Tochigi Uva. The 2012 event attracted 12,000 spectators and organizers hope for more this year.

For the second straight year, an All Okinawa Soccer Festival is slated for Sunday, August 4th, in conjunction with an FC Ryukyu game at Okinawa Comprehensive Athletic Park. 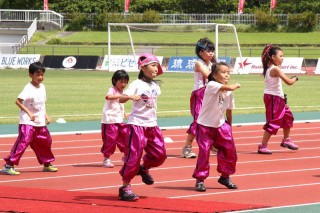 Kids are the future, and that is true for FC Ryukyu, too, if the team’s dream to become the the first team from the prefecture to enter the J-League is to come true.

This festival is a participatory type event held in order to back up FC Ryukyu, which is shooting to become the first team from Okinawa to enter the Japanese 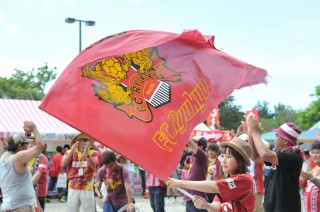 major professional soccer J-League. Last year’s event attracted about 12,000 spectators, the highest ever in the history of FC Ryukyu.

On festival day, various events will be held starting from 11:00 a.m. before the game pitting FC Ryukyu against Tochigi Uva.  That match kicks off at 3:00 p.m. Installation of a traveling carnival, sale of stadium meals, and a concert are also planned. The final schedule of the events are being posted on the homepage of FC Ryukyu http://fcryukyu.com/ . This festival is designed to be a large-scale sporting event in hometown Okinawa, which the whole family can enjoy during the peak of the summer.