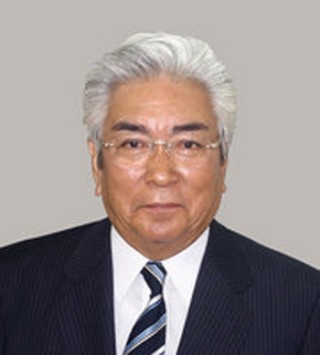 Mitsuo Gima made it to the House of Councilors from the proportional list.

Mitsuo Gima, the 69-year-old former Urasoe City mayor was elected to the House of Councilors through the proportional representation lists.

Gima was elected to the City Council of Urasoe in 1973 for the first time, and to the Prefecture Assembly in 1980 as a member of the Liberal Democratic Party. He held his seat in the Okinawa Prefecture Assembly for 16 years until he was elected Urasoe City Mayor in 2001. He lost his job to Tetsuji Matsumoto in the Urasoe mayoral election this year.

He is currently affiliated with Nippon Ishin-no-kai (Japan Restoration Party), and is one of the few politicians in Okinawa who favors moving MCAS Futenma to Henoko as planned.