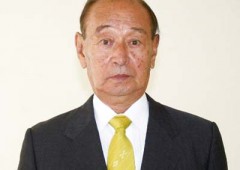 Okinawa Governor Hirokazu Nakaima has said that he will be ready to make a decision on the government’s landfill application towards the end of the year.

Okinawa Governor Hirokazu Nakaima says he will decide as early as November whether to approve landfill work necessary for the relocation of the U.S. Marine Corps’ Futenma Marine Corps Air Station within this southernmost prefecture.

Nakaima told at a press conference that he hopes to make a decision between November and January on the landfill work. The Japanese government plans to transfer the Futenma base in Ginowan to the Henoko coastal area in Nago under an accord with the United States.